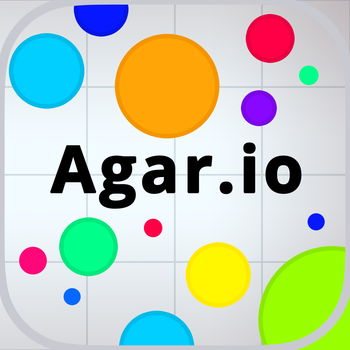 Agar.io is a game where multiple players compete to become the biggest cell. Gross motor skills required only. Not suitable for children under 13 due to social media connectivity and ads.

This review of Agar.io was completed by the Australian Council on Children and the Media (ACCM) on 17 August 2017.

This review of Agar.io contains the following information:

In this multiplayer game, players control a traveling “cell” in a 2D environment scattered with little coloured pellets – resembling confetti. Collecting the dots increases the size of your cell. You can also eat or consume other cells (if they are smaller than yours). Movement is achieved by tapping or swiping the screen in the intended direction. Coins and DNA are earned throughout the game which can purchase things such as new skins and potions (which also unlock rewards).

The aim of the game is to survive as long as you can to obtain the most amounts of pellets, the highest mass and highest position on the leader board. There is also “Rush Mode” where you have 5 minutes to finish in the top half of the leader board, earning you a Potion.

This game is extremely simple in its design and most children will be able to master it within one short sitting. There doesn’t seem to be any level progression however (beyond daily challenges – such as collecting a certain number of pellets, or obtaining a certain mass). The game encourages Facebook and Twitter connectivity in order to share player stats and there are quite a number of pop-up ads which you cannot opt out of (some of which would not be appropriate for the designer’s age recommendation of 9+). There are also many opportunities to make in-app purchasing in this game. Therefore, this game would not be suitable for children under 13.

None found at the time of review.

Saturated advertising; including pop-up ads which can’t be opted out of (until the “skip add” icon appears), featuring themes unsuitable for the designer’s age recommendation.

Some other players may have offensive cell names – which are displayed in their cell.