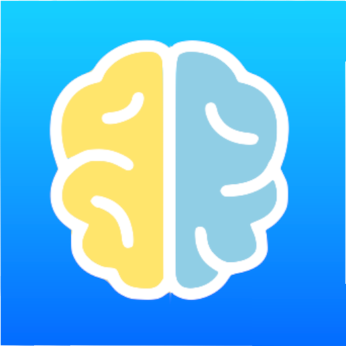 A collection of games that test your cognition skills.

This review of Mind Games was completed by the Australian Council on Children and the Media (ACCM) on 29 April 2014.

This review of Mind Games contains the following information:

This app is a collection of games that test your cognition skills. By playing the games the player can better their skills in memory, attention, maths and language.

The player begins by creating an account, which requires your date of birth (see online information for more details). This information is used to set age standardised questions and scores, so that the player can be measured against the correct age group. After you log in the player has a choice of 16 different mind training games. The first is called Attention Training. In this game the player must press the button which corresponds with the direction that the centre arrow is pointing. This game measures the player on speed and accuracy, and has two minutes to complete as many trials as possible.

In the next game, Math Star, the player must answer as many math equations as they can in two minutes. Memory Racer challenges the player to decide whether the current picture matches the previous one. Mental Categories gets the player to decide which category the displayed picture falls into. In Speed Trivia the player has three minutes to answer as many trivia questions as possible. In Vocabulary Power and Vocabulary Star you are given a definition and you must choose the word (power) or spell the word (star) that fits with the definition.

Mental Flex tests the player’s reaction time and concentration. The player is presented with two coloured shapes and asked to select the one which matches a given criteria. On the top of the screen, coloured text names the shape or shows the colour that should be matched. In one instance, the player must ignore the meaning of the text and match the colour or vice versa, as indicated by the “directive”. In Memory Grid the player must quickly memorise where the coloured squares appear on a grid. Then they are given a blank grid and the player must replicate the previous image.

Anticipation shows the player a row of five shapes and the player must determine if the two on the far left match. In each trial, the shapes get pushed along from right to left. Therefore the player can speed up their reaction time by also focusing on the right as well as the left to see what future shapes they will be asked about.  Word Memory tests your recognition skills by getting the player to memorise a list of words and then identify them in a second list. Abstraction shows the player a word and they must decide whether it is an abstract concept or a concrete concept. The last four games all test the player’s visual memory. The player must memorise pictures of faces (in Face Memory 1 and 2) or pictures of objects (in Object Memory 1 and 2) and later recall them.

This collection of games in this app is an excellent educational resource for helping practice memory, reaction time, attention skills, math and language skills, and much more. Each game comes with a ‘how to’ section which has an in-depth description of how to play the game, why it is beneficial for your brain and what skills you can learn from playing the game.

The game allows each player to create their own profile, so multiple players can use the app on the same device. In order to have a profile you need to enter an email address. However, you can play as a guest which means you do not have to create a profile. However, in guest mode the game will not keep track of your scores or set questions which are specific for your age group.

There is a lower bar on the app which displays advertisements for other similar apps or for companies such as Google.