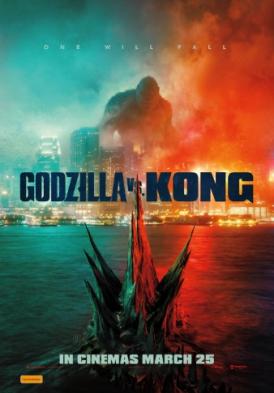 After a period of peace between Titans and humanity, Godzilla suddenly starts attacking research facilities across the globe. To the dismay of Madison Russell (Millie Bobby Brown), whose life was previously saved by the Titan, the world appears to be preparing for war. Madison, with the help of her friend Josh (Julian Dennison), decides to find answers about Godzilla’s strange behaviour by locating the elusive conspiracy theorist and amateur Titan sleuth, Bernie (Brian Tyree Henry). On the other side of the globe, Walter Simmons (Demián Bichir), a wealthy tech businessman, recruits Nathan Lind (Alexander Skarsgård), a disgraced theoretical physicist, to locate a mysterious energy source that he is certain will allow them to defeat Godzilla. Believing King Kong can lead them to the source, Nathan enlists Ilene Andrews (Rebecca Hall), a King Kong researcher, to help him with his task. In doing so, Nathan unknowingly brings along the one person who can communicate with Kong, Jia (Kaylee Hottle), a young Skull Island native. As a new threat looms, King Kong and Godzilla battle for the title of alpha but must learn to work together to save humanity and each other.

Godzilla vs. Kong is the third instalment in the Godzilla franchise and the second instalment in the King Kong franchise. With a thin plot surrounding large scale monster battles, this film is likely to entertain those who have seen the other films in these franchises and who have an interest in similar science fiction action films. Godzilla vs. Kong is not suitable for children under 12 due to frequent action violence, depictions of monsters, and frightening scenes and parental guidance is recommended to age 15.

The main message from this movie is that Nature is at peace when people do not interfere with its natural order.