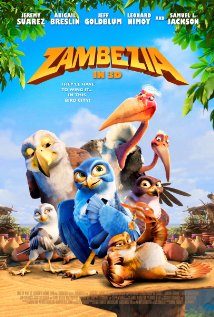 Kai is a young falcon who wants to have adventures.  Kai’s  father Tendai tries to stop his son's adventures, in fear that the young bird may be harmed like his mother was years earlier.  Annoyed by his father stopping him, Kai runs away from home and goes to the bird city of Zambezia

While in Zambezi Kai finds many interesting friends and has many adventures.  He also meets a pretty young bird called Zoe.

Meanwhile, Kai’s father finds out that Budzo, a giant lizard, is plotting with his helpers to go to Zambezia and eat the birds that live there. This means that Kai is in danger.

There are some scenes that would scare young children

The message of the film is that we should stand by people we love and be loyal to family members.