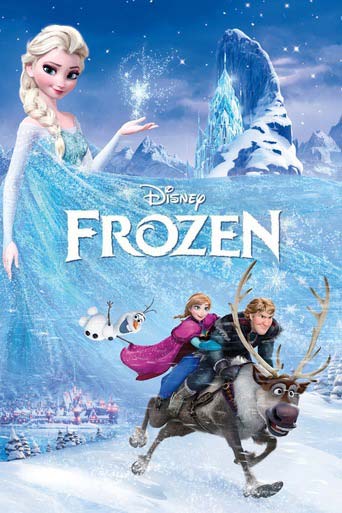 Elsa and Anna are two princesses who live in the land of Arendelle. Elsa was born with magical powers and one day while trying them out, she accidentally knocks Anna out with a bolt of magic. Her parents take Anna to a tribe of magical forest trolls who manage to heal Anna. The parents decide to separate the girls so that this doesn’t happen again and Elsa is hidden away.

Some years later, the parents die in a shipwreck and Elsa comes out of hiding to become the new queen. At the celebrations, Anna meets a young prince that she wants to marry. Elsa doesn’t like the prince however and refuses to allow them to marry. This causes a big argument and Elsa accidentally uses her magical powers and turns Arendelle into a frozen winter land.  Elsa hides away in a frozen palace and it’s up to Anna to find her and get her to reverse the spell.

There are also several scary scenes that would frighten younger kids such as:

The message of the movie is that people who are different or who have special talents shouldn’t be hidden away and shouldn’t be afraid of sharing their talents.