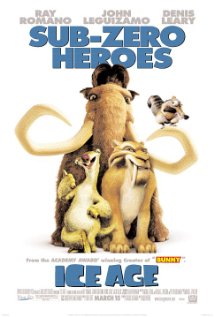 Ice Age is set in the past, when the world is covered in ice and snow. To escape the cold, the animals must move south to search for food and warmer weather. But Manny, who is a woolly mammoth, and Sid, a giant sloth, decide to stay.

Manny and Sid find a human baby and decide to try and return it to its family. On their journey, a sabre-tooth tiger named Diego tries to help them but Manny and Sid do not think they should trust him. But the three animals must learn to trust each other if they are going to survive their adventures and return the baby to its family.