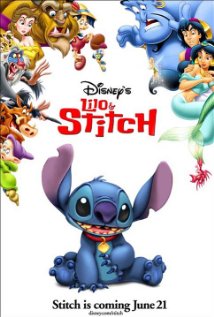 Stitch is an alien creature that is sent out into space because the other aliens think he is too dangerous. But Stitch escapes and lands on earth in Hawaii. Stitch meets a girl named Lilo who has no parents and lives with her sister Nani. Lilo takes Stitch home as her pet. Stitch creates lots of mess and trouble but Lilo does not want to send him away because she thinks he is an angel. The two of them become friends because both of them have broken families. One day the aliens come to earth looking for Stitch. Lilo and Stitch must work together to hide Stitch from the other aliens.