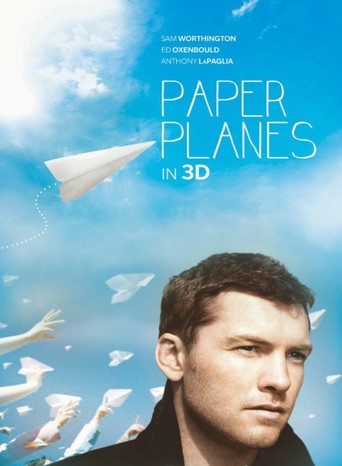 Dylan is a young boy whose Mum has just died in a car accident. His Dad is having a hard time getting over this. Dylan gets on well with his old Grandpa who used to fly planes in World War 11 and who teaches him a lot about flying. Dylan likes making paper planes and when the class has a project to see who can make the paper plane that flies the furthest, Dylan’s wins by a long way.

Dylan enters the world Paper Plane Championships that are held in Japan, along with another boy from his school, Jason. Jason is determined to win and even pushes Dylan down a flight of stairs making him sprain his wrist, to stop him from entering. Dylan is still able to travel to Japan though and is very glad when his Dad makes the trip too.

There are some scenes which could scare younger kids such as:

The message of the story is how exciting it is to be able to achieve something on your own when you haven’t got anyone to help. It’s also about supporting your family in difficult times.