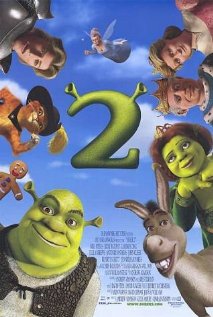 Shrek and Fiona fell in love and married and have now returned from their honeymoon. Fiona receives an invitation from her parents, the King and Queen of Far, Far Away to bring her new husband home so they can meet him. Shrek is of course most concerned by this but agrees to go anyway. Shrek was right to be worried because the King and Queen are shocked to meet him. The Queen however thinks Shrek deserves a chance.

The Fairy Godmother, who had plans for her son Prince Charming to marry Fiona and become the future King, is also upset by their marriage. She therefore plots with the King, who still has his concerns about Shrek, to get rid of him. With the help of Puss in Boots, they try to get rid of Shrek but they don’t succeed. They need to think of other ways to get Fiona to marry Prince Charming instead.

Quite a bit of comedy violence done for laughs such as:

There are also some scary scenes which might frighten younger kids such as:

The person you are on the inside is more important than how you look on the outside.