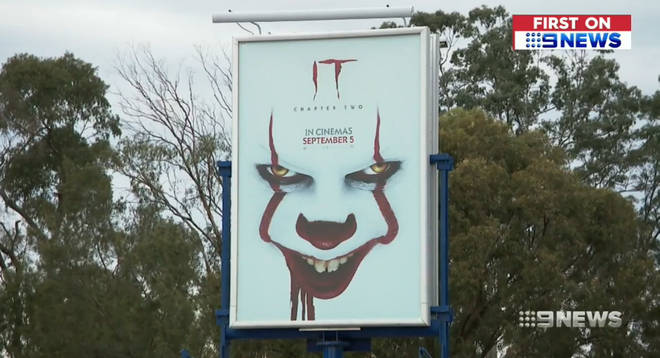 “Horror movies promoted using graphic outdoor posters, and trailers on TV and the internet, are scaring young children, and putting them at risk of long term problems. The government needs to act to support parents and better protect children,” says the Australian Council on Children and the Media (ACCM).

ACCM President, Professor Elizabeth Handsley, said today, “The impacts of exposing young children to such promotions are not trivial. Ongoing issues from exposure to scary images can include continuous nightmares, bed-wetting and fatigue due to lack of or interrupted sleep, which can interrupt children’s education and daily life.”

She said, “It: Chapter 2 is the latest in a long line of horror movies promoted by means of scary outdoor posters, and trailers during prime time TV. Parents are deeply concerned for their children’s wellbeing, and rightly so. They’re also angry that these promotions are in places where they can’t be avoided.” She continued, “It is time that those responsible for choosing, compiling, publicising and regulating horror movie posters and trailers understood what such images can do to young children. While adults can shrug these off, for children the outcomes are far more serious.”

Professor Handsley said, “ACCM could provide such information to regulators and distributors. ACCM has built a high level of expertise in children’s reactions to media images, over its 17 years of developing and maintaining its Know Before You Go movie review service. All reviewers have child development qualifications, and this web-based service provides parents all over Australia with research-based information about the likely impacts of content on children that is far more useful and reliable than the National Classification Scheme. Unfortunately that service has been defunded. The Commonwealth spends millions of dollars every year on the film classification system, but that system won’t provide the protection and support it is supposed to unless government and industry are able to tap into this expertise.”

Prof Handsley continued, “ACCM’s consultant researcher in child development Dr Lesley-Anne Ey has provided her expert opinion on the likely impact of the promotions for It: Chapter 2.” These are attached.

OPINION ON PROMOTIONS FOR It: chapter two, Dr Lesley-Anne Ey :

Scary images such as the IT poster are more likely than not, going to give many children nightmares, particularly young children.

When children are exposed to an image that does not fit within their schemes of what they know, in this case what a clown should look like, they tend to look more closely to try to make sense of the image. They then absorb more detail and the image becomes entrenched in their minds.

If you are familiar with the concept that ‘once you see something, you can’t un-see it’, it is not difficult to understand why children who have been distressed by this image will continue picturing the image in their head and of course, they are more vulnerable to picturing this image at bed time when they are not distracted by other things, leading to a fear of going to bed, a fear of not wanting to be alone and nightmares.

Research demonstrates that children from the age of 6 years old can retain images equivalent to the retention of college students. If children have been unfortunate enough to see the trailer, that contains very scary and gruesome images they are likely to play back the trailer in their mind.

Children can develop  ‘Coulrophobia’ [fear of clowns] , which can have life-long impacts. Such images should not be in public places where children can see them.