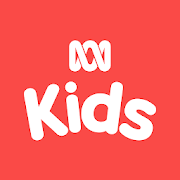 This privacy check of ABC Kids was received from AppCensus on 13 September 2021.

This review of ABC Kids was completed by the Australian Council on Children and the Media (ACCM) on 26 March 2015.

This review of ABC Kids contains the following information:

This app does not contain levels.

ABC KIDS is a dedicated video app which contains a lot of the ABC for kid's favourite TV shows. Some of these shows are just for entertainment while others have educational and entertainment value. They range in time from 4 minutes as in Big Ted’s Big Adventures to 1 hour in Bob the Builder. The app gives children the choice of what to watch when they want to watch it.

ABC KIDS is designed especially for pre-schoolers and is developed by the well trusted Australian Broadcasting Corporation. The programmes are brightly coloured to grab the attention of young children, set at the right pace and many have bright music, which is attractive for children.

Most of the programmes are entertaining and have some educational value too. Children will find their favourites such as Play School, Sesame Street, Peppa Pig, Thomas the Tank Engine, Bananas in Pyjamas, Ready, Steady, Wiggle and Giggle and Hoot, to name a few. The parent feature also allows parents to control the video content that the child can view

No sharing of online information found.

None noticed.  However many of the characters in the video clips would have merchandise associated with them.

The ABC makes an effort to avoid gender stereotypes. No sexual references were noticed.

No game playing behaviour that may be of concern to parents was found. However, the playing of video will consume broadband allowance on the device.