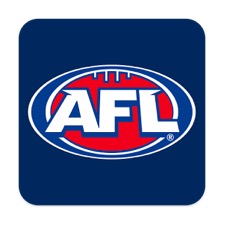 AFL Live is the official app of the Australian Football League. Up to date news articles, matches, player and game statistics are some of the main features. ACCM recommends parental guidance for 13 – 17 year olds due to concerns with accessing Tipping (gambling) features and in-app purchases, advertising and online interactivity.

This review of AFL Live Official App was completed by the Australian Council on Children and the Media (ACCM) on 23 March 2017.

The app is quite intuitive and clear, thus those with basic fine motor and computer navigation skills should find using this app easy. It would be anticipated that the app would be used mostly for viewing upcoming game times, checking game results and ladder positions, and, for those with a subscription, watching live games.

Most of the content encountered in this app did not pose concerns for children. In setting up the app, it does ask the user whether they are over 18 (with a small note stating: “We’d like to know this so we serve you relevant promotions”). It is possible that those who stated that they were under 18 would have been locked out of the “Tipping” section – in fact the reviewer could not access this by pressing the Tipping subheading. However, this was accessible through the “Women’s AFL” section. To access Tipping, users do need to sign up, but it may be possible for children using their parent’s device to sign up using their parent’s Facebook account just by pressing a single button. Due to social connectivity (including Facebook), the app is not recommended for children aged below 13. Parental guidance recommended for children aged 13 – 17 due to concerns with access to “Tipping”.

In addition to the tipping and social media aspects, parents may need to be aware that watching full games on smaller devices may extend past daily recommended screen times for most children. Those with limited data plans may also want to keep tabs on download usage and device battery life.

Online information or personal details required to download, play or interact with the app includes: