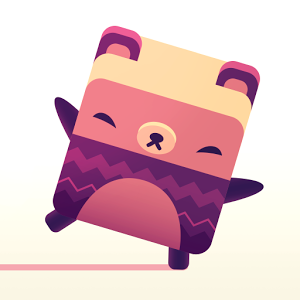 Alphabear is a word-spelling puzzle game. Caution: in app puchasing and possible interactivity

This review of Alphabear was completed by the Australian Council on Children and the Media (ACCM) on 13 July 2015.

This review of Alphabear contains the following information:

This app was reviewed to level 10

AlphaBear is a word-spelling puzzle game. The objective of the game is to use tiles of different letters in order to formulate words. This earns players points. Tiles can be connected however the player wishes, and do not need to be adjacent to each other. The skills required include motor skills to use the app, as well as general knowledge and English/spelling skills.

When the app is opened, players are brought to an initial screen that encourages them to ‘Go on and try to make a word!’. The app contains an image in the centre of the screen that indicates players should tap on the letters H and I. After tapping on one, the letter writes itself down into a chat box at the bottom of the screen. Players are informed that they have received 40 points as a result of spelling the word ‘Hi’. After this, players are presented with a new set of letters and are told to ‘Use all the letters on the side of a bear to make it grow bigger’. In this instance, players must select letters to formulate a word (e.g. tapping B, I and G in order to spell the word ‘Big’). The letters then disappear, and the image of the bear, which was previously squished down, is able to grow bigger. Letters are positioned in groups around the bear, along the top, bottom, left and right hand sides. When letters from different rows are selected to make a word, these letters disappear and new bears are placed where the letters were. The more letters that are used, the bigger the bears become and the more points can be earned. The game finishes when there are no more words that can be made.

After a player finishes a level, they are given details of their score, as well as their longest word, their letter score as well as the points earned for ‘big bears’. Players also receive silver coins as a reward. Players can purchase more of these coins as in-app purchases.

The app also contains an Achievements section, where players can unlock achievements such as ‘Make a wide (1h) x 7(w) bear’, ‘Make a square 5(h) x 5(w) bear’ or ‘Make a bear that fills the entire board’, etc.

The app encourages players to sign in via email or Google+. The app also contains a leader board, which allows players to compare their high scores with other individuals who are within their Google+ Circles. Players have an option to ‘tell your friends how much you like this game’ by ‘sharing’ the game with them over social networking websites.

Players have the option of watching an advertisement in order to receive 40 ‘free’ in-game silver coins (they can do this once per day). These ads are approximately 15-30 seconds in length, are full-screen and cannot be closed until they have played to completion. They include ads for apps such as Cookie Jam (a child’s game of a similar gameplay) or My Singing Monsters (a timer-and-quest app).