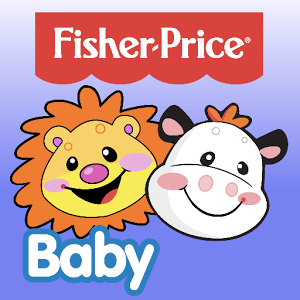 An interactive sing-along app for babies and toddlers, based on a range of animals and the noises they make.

This review of Animal Sounds for Baby was completed by the Australian Council on Children and the Media (ACCM) on 4 August 2014.

This review of Animal Sounds for Baby contains the following information:

There are only two levels within this app and both were played through to completion.

This is an interactive touch-based app for babies aged 6 months and over. Players are encouraged to learn about animals (in terms of visually recognising them, labeling them with their correct name, as well as hearing the different sounds various species make), through engaging with the animations and sound effects. There is no objective in this app, other than to complete both levels and tap on all of the animals presented. This game encourages the practicing of fine motor skills (including tapping, tilting and shaking), as well visual interpretation and labelling.

The app opens at a menu screen, and players may elect to click on ‘Level 1’ or ‘Level 2’ as potential options. After clicking on Level 1, children are greeted by a voiceover in a child’s voice, stating ‘Hello, can you find the animal?’. Once a player taps on the image of an animal in the centre of the screen, the animal makes an appropriate noise (for instance, the Bear will roar) and children will learn what type of animal it is. Tapping again allows children to learn more about the animal (e.g. the voiceover will state ‘Bear has brown fur’). Tilting the screen makes the animal slide back and forwards within the grassy outdoor environment they are presented in. There are arrows on the left and right-hand sides of the screen, which children may use to browse through the list of different animals available.

The app goes through the following animals in the same format: Elephant, Bear, Lion, Monkey, Penguin, Tiger, and Kangaroo. It then presents a brief sing-a-long, where details are given about the animals involved (e.g. ‘Swing like a monkey in a tree, swing like the animals that you see’). After this, another set of animals is shown – similarly, players may click on them to hear the typical sound that animal makes, and to have them identified. Tapping one more time will provide a descriptive sentence in relation to them. The list for these animals is as follows: Horse, Cow, Sheep, Pic, Duck, Frog, and Goat. Again, a short song is played, which includes statements such as ‘Trot trot trot that’s how a horsey runs, bunnies are so much fun.’

Within Level 2, players are presented with a similar format, although there are four animals on the screen at any one time. Players may still choose to tap on any of them in order to hear their sound, and tap a following time to hear a fact about them (e.g. ‘Bear loves to eat fish’). After each set of four, a song is played which describes the animals: ‘Walk like an elephant stomp stomp stomp, bounce like a kangaroo hop hop hop, swing like a monkey in the tree, move like that animals that you see’. Shaking and tilting the screen also makes the animals giggle or move about, adding another feature associated with fine motor skills and a reward for children playing it.

This app would be beneficial for babies who are learning to repeat and label different things, with the app choosing animals as its example to learn from. It offers visually stimulating examples with rhyming songs to encourage the involvement of children. Additionally, it requires an increased use of fine motor skills when children reach Level 2, and need to tap very specific areas on the screen in order to hear the noises of particular animals.

There is a small advertisement banner at the bottom of the menu screen – however, it only appears to have a static advertisement containing pictures of other Laugh & Learn apps, or of Fisher & Price toys/games.