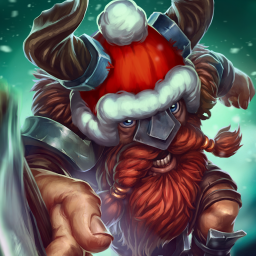 This review of Asgard Run was completed by the Australian Council on Children and the Media (ACCM) on 22 January 2016.

This review of Asgard Run contains the following information:

This game was played to level 5.

In this Asgard style endless runner game, the player must test how far they can run by dodging obstacles, attacking creatures and collecting gems.

The player chooses an Asgardian character to run the course. The player must swipe up, down, left or right to avoid obstacles. These obstacles are often trees, ruins or sections of the path that have fallen away. However, some hurdles are more violent (see below in Violence and scary material for more detail).

Another aspect of the game is to collect gems. When gems appear along the path, the player can swipe in their direction to collect them. With gems you can buy power-ups and unlock more characters (see below in Gender Stereotypes and Sexual references for more detail on extra characters).

The game ends when you crash into an obstacle or are attacked by a creature. The player is given the option of reviving their character at the ‘death’ point by spending one life stone. More life stones can be bought for real money (see In App Purchasing for more detail).

Asgard Run is not an educational game. A small amount of strategy is involved (choosing what to spend your gems on) but it is mostly a skill based game.

Yes: The player can spend real money to buy gems, extra characters or revival stones. Prices vary from $1.49 to $159.99.

Users can connect to Facebook to compete against their friends.

The female characters are wearing outfits that show their cleavage.

No game playing behaviour which may be of concern to parents for the 10+ age group was found during this review.

Some aspects of this game may be scary to young children. Skeletons, exploding monsters and evil wizards, occasionally attack the character. The player must either avoid or attack these creatures to survive. The character is given a weapon (a sword or an axe) to attack oncoming creatures. The player is rewarded with gems if they kill a certain amount of creatures. A few of the obstacles which the player encounters are violent. These include fireballs, fire pits and blades.