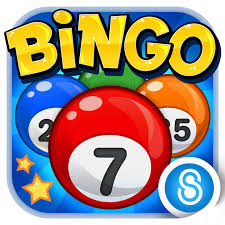 This app is based on the traditional game of Bingo where players achieve winning patterns through successful crossing out of numbers. Players require good reading skills and short term memory. Caution: this game is saturated by gambling elements and is not recommended for children 15 and under. Parental guidance for children 16 – 18.

This review of Bingo was completed by the Australian Council on Children and the Media (ACCM) on 16 October 2017.

This review of Bingo contains the following information:

There are several types of Bingo games that you can play within this app including Classic Bingo, Special Bingo, Tournament and High Roller. These are all based on the traditional game of bingo where numbers are continuously called out until someone has made a successful configuration of numbers (e.g. 5 numbers in a line) and the first player that calls out “Bingo” first wins. Players in this app play against large numbers of other online players at a time for a chance of winning. Successful Bingos earn the player rewards such as coins, gems and tickets, which can be used to unlock features that help the player (e.g. spending 5 gems can activate the auto feature on 1 game – meaning that the numbers are automatically crossed out as soon as they are called, providing the player with an advantage on calling “Bingo” before other players).  If the auto feature is not selected, players will need good object location, reading and memory skills to beat other players.

This game probably has the most gambling elements that the reviewer has seen to date. Firstly, in order to play a game of Bingo, players must have enough tickets. These are only rewarded in blocks of time (e.g. you’ll receive 26 tickets in 6 hours). In psychology, this is a type of “schedule of reinforcement” – specifically a “fixed interval schedule”. In scientific settings, when the aim is to strengthen behaviour, rewards are provided immediately following behaviour (e.g. when a dog sits for its owner, it immediately gets a treat – hence the dog is most likely to sit again when the owner asks, as it expects the reward like last time it happened). If you do this every time with your dog initially, it will strengthen his “sitting” behaviour (this is called a continuous reinforcement schedule). However, there is another technique called “Partial Reinforcement Schedules” where the response is not rewarded every single time – but in some cases, like Bingo, over intervals of time. This type of technique tends to be less resistant to “extinction” (meaning that the player is less likely to stop playing the game altogether). Furthermore, this technique is more likely to cause players to play more before the next time interval begins (after using up all of their tickets). Effectively, this could cause some players to purchase more tickets to keep playing before they are locked out for a period of time. This technique is certainly not unique to Bingo and can be seen across a large range of current online games. There are also many other gambling elements in this game, including a scratchy (that is presented every time a player returns to the app) – where players scratch the card to reveal prizes, etc. Further to our age recommendations above (PG 16 – 18), adults should also exercise some caution with playing this game, particularly if they have had any type of gambling problem (either currently or in the past).

Ads are frequent and provide the player with more tickets if they choose to watch more.