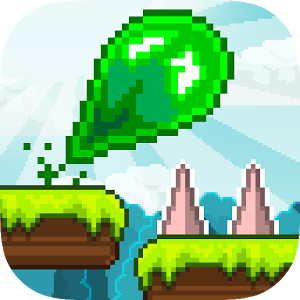 This review of Bouncing Slime Impossible Levels was completed by the Australian Council on Children and the Media (ACCM) on 5 April 2014.

Bouncy Slime Impossible Levels is a game of skill where the player must tap the screen to make a ball of slime jump onto platforms and over spikes!

As the levels progress the games become more difficult because the platforms are smaller and further apart, and the spikes are more frequent.

This is not aimed to be an educational game, however, it could be beneficial for developing hand eye coordination.

Violence and scary material: There are cartoon spikes that the slime must jump over. If the slime hits one of these spikes it will burst and the player must start again.