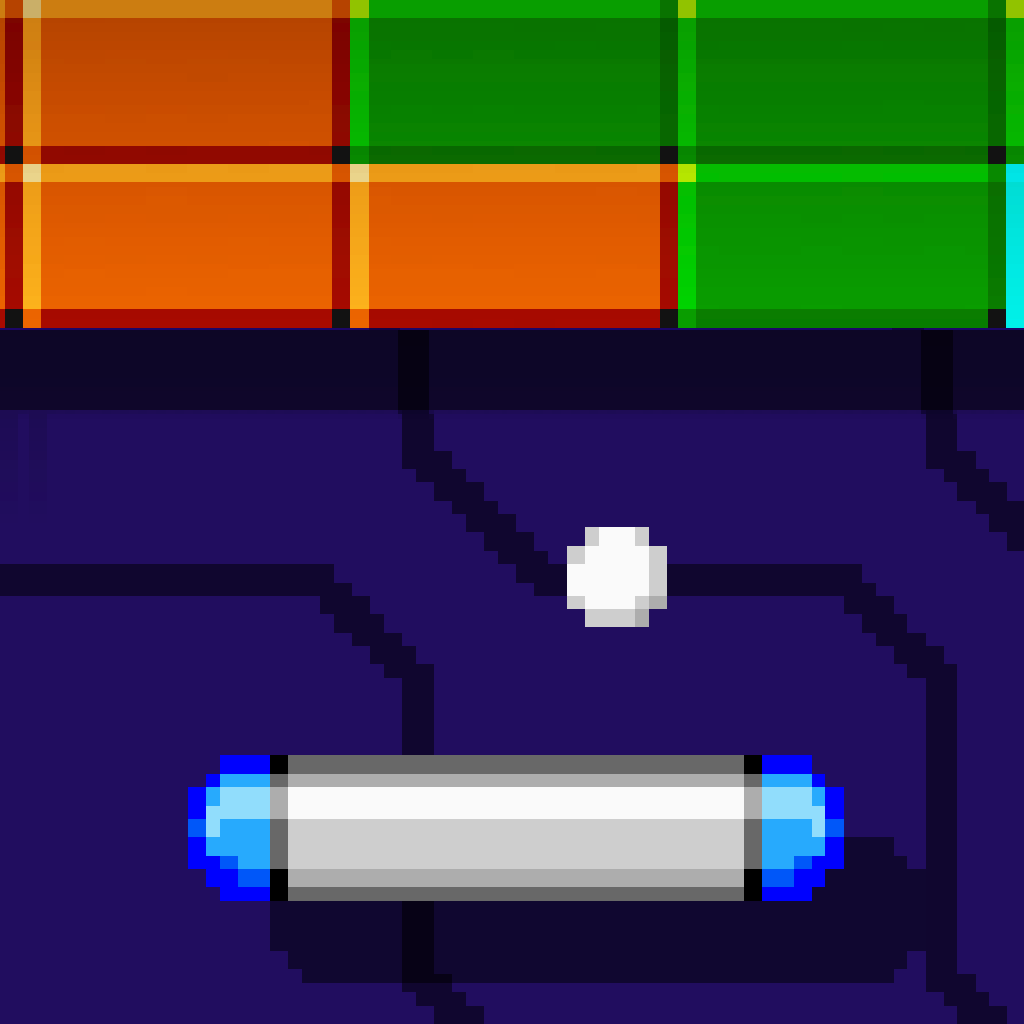 This review of Breakfinity was completed by the Australian Council on Children and the Media (ACCM) on 12 August 2014.

This review of Breakfinity contains the following information:

This is an endless runner style game.

Based on the classic game Breakout, in Breakfinity the player must move a small platform back and forth across the screen so that the ball bounces between the platform and the descending blocks.

The blocks are descending from the top of the screen and the aim of the game is to hit the ball into the blocks so that they break. The player must continue hitting the blocks until either all the blocks are gone or a gap in the blocks is formed so that the ball can pass on through to the next level of blocks. Each block you hit gives you one point. This endless runner style only ends when the ball drops below the platform.

Each level brings a new formation of blocks which descend faster, making it more difficult. Certain blocks will have special powers after you hit them. S blocks will slow the ball and the descending blocks down, E blocks lengthen the platform and L block create lasers (see Violence). There is also a diamond block which takes several hits before it breaks apart, however once it does break the player receives a diamond. These diamonds can be exchanged for extra balls. You can also buy diamonds with real money (see In App Purchasing)

The game connects to OpenFeint if you are playing on an android or Game Centre if you are playing on an apple product.  These platforms are online communities where you can share your scores and connect to your Facebook page. However, you can choose to restrict OpenFeint or Game Centre on your device. Players can also watch videos or share their scores on twitter to earn free items.

Between games full page advertisements for other app games will occasionally appear.

No game playing behaviour which may be of concern to some parents was found during the review.

Violence and Scary Material: If the player breaks and L block, their platform will begin shooting lasers at the remaining blocks.