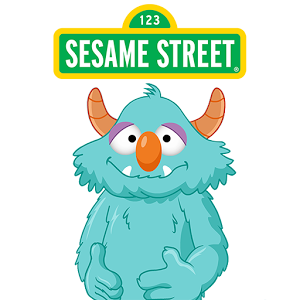 Breathe, Think, Do With Sesame is an educational, skill-based game.

This review of Breathe, Think, Do with Sesame was completed by the Australian Council on Children and the Media (ACCM) on 12 June 2016.

This review of Breathe, Think, Do with Sesame contains the following information:

Breathe, Think, Do With Sesame is an educational app for young children and parents to play together. The objective is to play through each of the five activities, assisting the monster in managing his frustrations and day-to-day upsets by engaging in basic activities. The skills required to play the app include problem solving, as well as motor skills to utilise the functions of the app.

When the app is first opened, players are presented with a home screen and instructed ‘To play, tap on the green button’. After this, players are shown a screen containing five small icons – these represent different activities. There is a character from the Sesame Street franchise in the centre of the screen, and players are informed via written text to ‘Help your monster friend solve the five challenges using the simple Breathe, Think, Do strategy’. There is additional text directed at parents, stating that ‘Parents and caregivers can learn strategies for helping a child through day-to-day challenges, practice belly breathing with their child, personalise the app, and adjust settings.’

In order to unlock the Parents section of the app, users must tap and hold the icon which says ‘Parents’ and drag it to the bottom right-hand corner of the screen. Within this section, parents have access to the following options: Tips and Strategies (these are broken into different categories, such as ‘strategies for persistence’ or ‘encouraging independence’, and contain suggestions of what parents might say to encourage their children to succeed); Breathe With The Monster (which contains information on breathing exercises, as well as an animated activity that enables children to simulate the breathing of the creature alongside counting instructions such as ‘In one-two, out one-two’); Personalise the App (where parents and children can use their device microphone to record positive thinking phrases such as ‘You’ve almost got a plan!’ or ‘Keep thinking!’, and include these within the app activities); About the App; and Settings.

After selecting the first activity, players are shown a brief animation with the monster. A voiceover explains that the monster is frustrated because he tried to put on his shoes, but ‘just couldn’t do it’. Players are then instructed to help ‘calm the monster down’ by encouraging him to breathe deeply – this is done by players tapping on the monster’s belly several times, leading the monster to take three slow breathes. Players are then shown a screen where bubbles are floating down to the monster’s head slowly, and the voiceover instructs users to tap on bubbles to help the monster think of a plan to put on his shoes. In doing this, players help the monster recall how his sister puts on her shoes, to identify that he needs to put on one shoe at a time, and to ask his mother to help him put on his shoes. Players can then choose one of these plans, which is then demonstrated in another animation. After this, players are told ‘When you feel frustrated, you can Breathe, Think, Do as well’. They are told that if they are ever stuck, they can ask an adult for help also.

The next activity revolves around the monster feeling sad and upset about the fact that he has to leave his mother to attend school. The activity involves reducing his anxiety by breathing, and thinking of a plan in a similar manner as earlier (e.g. popping bubbles to identify three different options – ‘Find a friend to play with’, ‘Draw a picture of someone he loves’, and ‘Ask a grown-up, like his teacher, for a hug’). The app continues in this format, for each of the subsequent activities.

The app does not contain any inappropriate material or advertising. It encourages positive actions such as deep breathing, careful consideration before attempting to solve a problem, thinking up multiple solutions and selecting the most appropriate, and asking for help from adults when needed. It further encourages life skills such as resiliency when faced with difficult challenges and foreign situations.

The app is founded on the Sesame Street franchise.