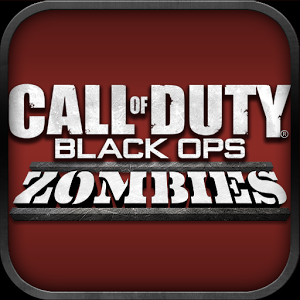 This review of Call of Duty: Black Ops Zombies was completed by the Australian Council on Children and the Media (ACCM) on 22 January 2015.

This review of Call of Duty: Black Ops Zombies contains the following information:

This review explored 5 levels (or maps/areas) within this app.

Call of Duty: Black Ops Zombies is a first-person-shooter that takes place within a dangerous zombie-ridden world. The objective of the game is to complete missions and progress through each area, whilst killing all the zombies that players come into contact with – players may utilise the range of different weapons presented in order to do this. The skills required to play include motor skills, strategy and reaction time skills.

When players begin a single player game, they are able to choose from a range of four characters (Nikolai Belinski, Takeo Masaki, Dr Edward Richtofen, and Tank Dempsey). They may also select a difficulty, ranging from Recruit, Regular to Veteran. Players are able to undergo a tutorial before beginning a proper gaming level.

When the tutorial begins, players are in a first-person gaming mode and are instructed to swipe their finger within the right-hand side of the frame to move the camera around the room. They are met by an armed man, who tells them to stand from a crouching position and follow him. Players are then informed that moving their finger across the left-hand side of the screen will cause their character to move forwards or backwards. Furthermore, players are told that tapping the knife icon situated along the bottom of the screen will allow them to conduct a melee (or close range) attack. When a player does this, it is possible to see a knife swipe across the screen in front of the camera. A skeletal enemy then appears wearing army gear – players must approach it and use their melee attack to kill it. Blood can be clearly seen splattering everywhere, and a swipe noise is heard when the blade makes contact with the zombie.

Players then pick up a handgun and use it on a range of enemies that begin to approach. They have limited ammunition, but killing enemies provides players with points that enable them to pick up superior weapons or more ammunition. The app has an auto-aim feature that can be turned on for weapons, which allows players to easily lock onto targets without needing to be too precise (small lines around enemies change from green to a glowing red once a target has been located).

The single player gameplay involves searching a particular area or map and killing enemies, either with gun-based weapons or melee attacks. Whilst this takes place, the player’s character makes statements such as ‘Kicking ass and getting paid’, as well as ‘There’s more death here than a goth party’. The male character’s voice is very deep, and he is presented as highly masculine and aggressive. If players die, the character states ‘Ah shit, well that was embarrassing’. Players are then shown a screen that says ‘You are dead! Do you want to buy a quick revive?’ where they are encouraged to buy in-game COD points via in-app purchases. After completing a level or dying, players are shown their score, number of kills, XP earned and number of points needed in order to the next rank. When you tap to purchase a quick revive, the player is seen to drink a bottle of liquid that resembles a bottle of alcohol.

In order to progress through to the next area, players have to use their points earned through kills to open the door. When zombies are hit in certain areas of their body, limbs or appendages explode with the force of the ammunition. Heads are seen to explode entirely, and this is quite graphically presented with lots of blood splattering everywhere. There are also zombie dogs that players may encounter and kill as they progress through the areas.

The multiplayer coop option allows players to join a local wifi, where they may play with other individuals in their nearby physical vicinity. They may then have the option of choosing a map themselves, or selecting ‘Map Vote’ where all individuals make a selection of which map to play through – the map with the highest rating is then selected. The game allows capacity for four players to engage in the same co-op battle.

There is an online co-op multiplayer gamemode within the app. This allows players to play the game through a local wifi connection, with other individuals who are physically nearby (e.g. with friends in the same house).

In this game, men are presented as hyper-masculine and quite violent. The male protagonists are seen to enjoy enacting violence upon the zombies, and frequently comment on how much fun they have in doing so.

The player’s character occasionally comments on the action, making statements such as ‘Ah shit, well that was embarrassing’ when the player dies, or ‘Kicking ass and getting paid’ when players are doing well within the game.

Parents considering this game for any children under 18 should be wary, as it is highly graphic and violent in nature.