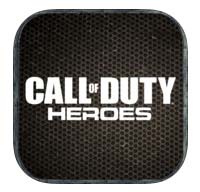 A strategy and shooting action game.

This review of Call of Duty: Heroes was completed by the Australian Council on Children and the Media (ACCM) on 1 December 2014.

This review of Call of Duty: Heroes contains the following information:

A strategy and shooter game where the player builds their own base camp to collect gold and oil, and then the player attacks and shoots down other fortresses.

The aim of Call of Duty Heroes is to progress through the army ranks by collecting resources (gold and oil), destroying enemy bases and building and protecting your own base (see Violence for more information). The player has a bird’s eye view of the bases, and they can tap and slide on the screen to move the players and structures around. The game starts with a tutorial about how to build your base, how to train your troops and how to attack enemy bases. The game has a variety of different soldiers with special skills. Therefore, the player must think strategically to decide which soldiers are best to use against a particular enemy. When attacking, the player can only place the troops on the battlefield but they cannot control where they move after they are placed. However, the player does have access to ‘heroes’ who are specially trained soldiers with special abilities. The player can place one hero per battle and move them around the battlefield.

There are three modes in this game. The first is campaign mode, where the player attacks different bases around the world and wins resources if they destroy a certain percentage of the base. The second mode is Player vs. Player. In this mode the player is randomly assigned to another online player and they attack each other’s bases (see Online Information for more detail). The last mode is survival mode. This is only available after the player has reached level 4 in the game. In this mode, the game tests the player’s base defences by sending waves of attackers to defeat the player’s base.

Because of the strong levels of violence and the online interactions this game is not recommended for children.

Yes: In the game, the player can use Celerium to speed up their building process or their heroes healing process. You can also use it to purchase more gold or oil. The player can spend real money to buy more Celerium. The prices range from $6.49 for a medium pack to $129.99 for a prestige pack.

This app also has the option to play against other online players. In the Player vs. Player mode, the game randomly assigns you another player to defeat. In this mode you cannot talk directly to the other player but there is a chat function which allows you to make alliances with other players.

No gambling content was found at the time of this review.

There are no advertisements in the game. However, this app is part of the Call of Duty franchise

There is no coarse language in the actual game play but because of the online chat function some people may post inappropriate language.

The aim of this game is to shoot down enemy bases. The players are rewarded for doing this. Therefore, it might teach players that violence is acceptable and should be rewarded.

Violence and Scary Material. The main aim of this game is to destroy enemy bases and kill enemy soldiers. Therefore, there is a high level of violence involved. The player is slightly removed from the violence because of the bird’s eye perspective but you can see people shooting and killing each other. The is no blood shown but you can hear dying sound effects and the person falls to the ground and disappears after they have been shot. The game involves using machine guns, grenades, exploding mines and other weapons to defeat the enemies.