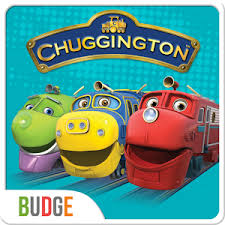 Based on the British children's television series, this app takes children on a virtual train ride through the fictional town of Chuggington. Caution: frequent advertisements and in-app purchases.

This review of Chuggington Traintastic Adventures free train-set-game was completed by the Australian Council on Children and the Media (ACCM) on 30 March 2017.

All features available in the free version were reviewed.

Chuggington Traintastic Adventures has 2 play modes. In "Build and Play" the task is to drag a train along the rail track system of Chuggington, collect and install train set pieces like signals, announcement speakers, a quarry loading station, etc. on the way. In "Adventures", the player is guided through a mission, such as to take a train to the quarry, load rocks, and help another train in an emergency. The app also features some video clips from the TV series.

The app features appealing animation and sound effects as found in the TV series. The app is more entertaining than educational. Parents and children have to be aware that the free version acts more like an introduction to the full version as only very limited elements are unlocked in the free version. During play, the player is often encouraged to try something, which needs an in-app purchase. Also, there are frequent ads to promote related apps. These pop-up ads do not cease even in the full paid version.

In-app purchases include specific game features that can be purchased separately, as well as the full version. Available purchases are: