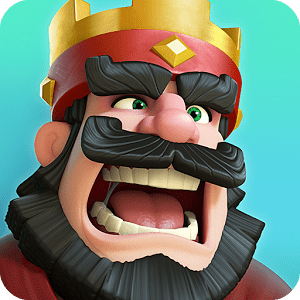 This privacy check of Clash Royale was completed by AppCensus on 14 September 2021.

This review of Clash Royale was completed by the Australian Council on Children and the Media (ACCM) on 13 April 2016.

This review of Clash Royale contains the following information:

This app was reviewed to level 5

Clash Royale is a card-based battle app. The central objective is to collect a range of cards with different powers, and to utilise these on opponents within battle. The skills involved in playing this app include motor skills and strategy.

When the app is first installed, players are shown a loading screen depicting a range of medieval figures. Once the game has loaded, the game asks players to connect via a Google Play, and prompts the player to create a Gamer ID with Google+. This means that the player will be able to ‘show off high scores on leader boards’ and ‘Collect XP and track achievements’. If players create a Gamer ID, the app allows others within their circle to discover them and view their game activity by using the registered email address. The game then opens, and players are taken to an overhead view of a medieval landscape, and are welcomed to ‘clash royale’.

To play the game, players are prompted to attack enemy towers by deploying troops. These are represented as cards in a deck. As players drag cards onto the field of play, characters appear and walk toward the enemy towers, damaging and eventually destroying them. Once all of the enemy towers have been destroyed, the player is proclaimed as the winner and a reward is offered in the form of a chest. Chests take time to unlock – this ranges from a few seconds, to significantly longer periods of time. Players can speed this process up using gems, an in-game currency that is purchasable in the in-game store. Packages of gems can be purchased within the game in the following amounts: 80 gems for $1.49, 500 for $7.99, 1200 for $14.99, 2500 for $30.99, 6500 for $79.99 and 14,000 for $159.99. These gems can also be used to upgrade characters for battle.

Players can navigate to their “battle deck” and use collected items from chests to upgrade characters in their battle deck. This means that those characters are able to deal more damage to towers, and thus increase the player’s chance of victory.

Whilst unlocking chests, players can only unlock one chest at a time. If players attempt to unlock a second chest at the same time, they are prompted with a screen that encourages them to spend gems to unlock the multiple chests instantly.

At one point during gameplay, a pop-up appears stating ‘Clash Royale is free to play, but you can speed up progress with in-app purchases (you can disable this in your device settings). Tap okay to accept our terms and privacy policy’. This pop-up must be manually closed, by clicking to accept the terms and conditions.

At level 3 within the game, players are able to join a group or ‘Clan’, and battle other players. Players can duel players in real time, and are encouraged to do so. It is possible to share cards within other members of a clan, and to build a battle community.

There is a parent’s guide on the official website of the app. This provides detail regarding in-app purchases, and the potential for parents to refund purchases made by their children within the app. It also contains information on the clan group chat services, which allow players to communicate in a moderated and public manner. The parent’s guide states that there is no private chat facility, and that regular warnings against sharing personal information are displayed. There is also an inbuilt and frequently updated ‘Blacklist’ of offensive words and phrases that can be quickly identified and removed. It is also possible for users to mute and block chat from other players whose messages they do not wish to see.

The app contains animated violence during the battle sequences. No blood is shown, however enemies are seen to be injured when struck and ultimately disappear in a purple burst when they die. The violence, in addition to the online interactivity and continued promotion of in-app purchases, may make this app unsuitable for younger players.

When the app is first installed, players are asked to connect via a Google Play and Google+ accounts. This enables players to ‘show off high scores on leader boards’. Players are also able to privately duel other players online, and can also share and trade in-game items.

The app contains clan group chat services, which allow players to communicate in a moderated and public manner. There is no private chat facility, and regular warnings against sharing personal information are displayed. There is also an inbuilt and frequently updated ‘Blacklist’ of offensive words and phrases that can be quickly identified and removed. It is also possible for users to mute and block chat from other players whose messages they do not wish to see.

The animated violence during the battle sequences, online interactivty and continued promotion of in app purchases may be of concern to parents.