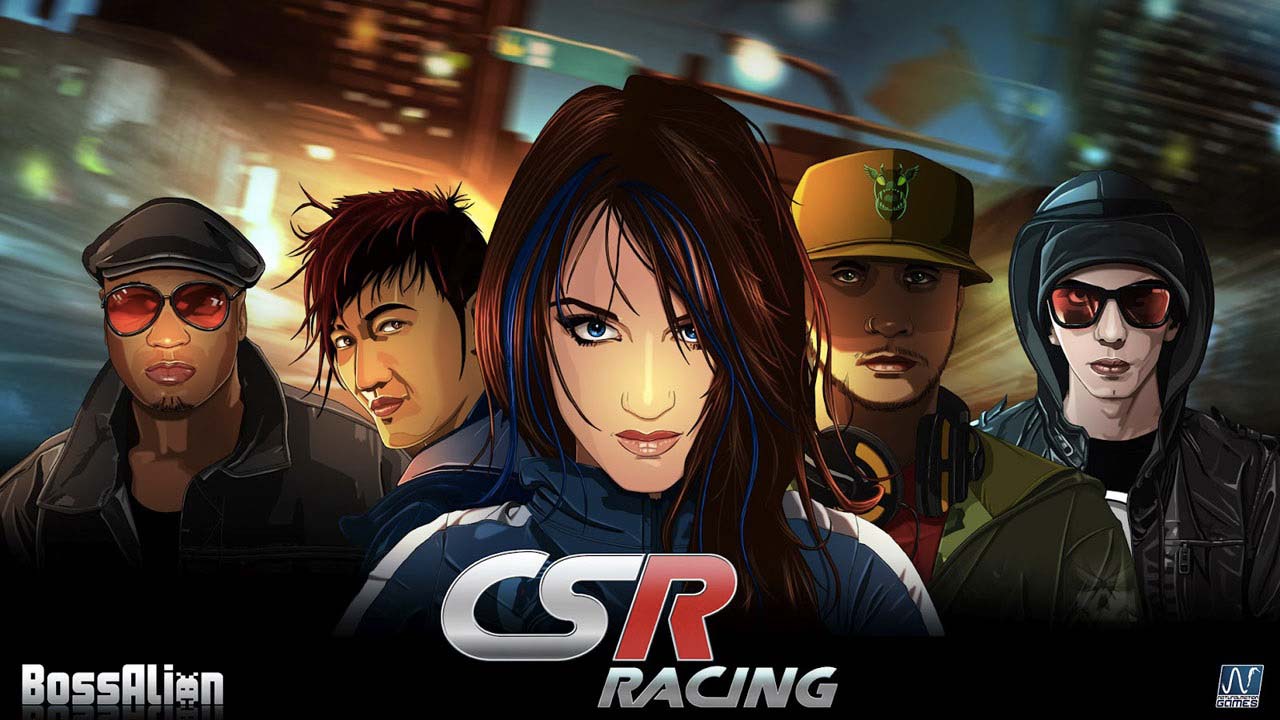 This review of CSR Racing was completed by the Australian Council on Children and the Media (ACCM) on 2 April 2014.

This review of CSR Racing contains the following information:

CSR Racing is a drag racing game where players work through a series of different short quarter/half-mile tracks, earning ranking credits to get better cars and battle the more difficult opponents. The game does not involve steering or accelerating, just mastering the timing of the gear shift.

The gameplay is fairly simple, with players only needing to tap the gear stick at a specific time to win races and progress. Players are encouraged to upgrade their car (as well as purchase new vehicles when they make enough money to do so). The objective is to win races against city ‘crews’ in each district, collecting money and bonuses as you go. The only noteworthy skills needed to play are those related to reaction time.

Within this racing game, players have the option to choose from a range of cars, paint their cars in different colours or stamp them with various patterns and stripes, as well as upgrade their individual parts. They can play through Regulation Races to earn cash, battle other in-app ‘crews’, and also play with friends in a multiplayer setting unlocked at Level 7. Difficulty levels for the races include Rookie, Amateur and Pro. Once a race is completed, the stats provided offer numerical values in categories such as Race Bonus, Perfect Start, Perfect Shifts, Good Shifts, Decal Bonus, as well as the time in seconds it took for you and your opponent to finish. The amount of money won is also listed, and differs between races. The central menu along the bottom of the screen allows players to view their existing cars, visit a car dealership to purchase new ones, go to a mechanic to fix their car, share coins with friends via Facebook, and view the map to select races to play.

This game frequently encourages players to purchase in-game currency (in the form of coins and decals), and the amount that players may spend is quite extensive. This may pose a huge risk for children who either unknowingly click to spend $100+, or for children who have not been educated around how much would be a reasonable and responsible amount to potentially spend. The game encourages spending real money in quite a negative way, with in-game characters often taunting players any time a race is lost by saying things such as “What’s the matter, can’t afford the upgrades?”. There is very little that can be learned from this game – it is possible that players may learn some information about the mechanics of cars, but the driving is very simplistic and not educational. Alternatively, the game encourages high-speed racing, which may pose a risk for young and potentially impressionable children.

Yes:There is a great deal of potential in-app purchasing within this game. The game often makes use of delays to encourage players to spend real money, stating that ‘Unless you pay with gold, cars will take a little longer to arrive – but I can deliver them instantly for a price’. This is also seen in relation to filling up the fuel tank (which is needed in order to play races) – players can either wait between 3-20 minutes for parts or the fuel tank to refill, or can instead pay and receive a larger fuel tank (for $5.61). Players can also purchase more in-game cash: $15,000 in-game for $3.19, up to $1million (a bank vault’s worth) in-game for $106.89. Similarly, players can shop for decals: 30 decals for $3.19, or a ‘Gold Mine’ package with 650 decals for $106.89.

If players sign in via Facebook, they are able to race against friends and also share money and bonuses/achievements. Players can receive up to $500 coins worth of in-game money when they share things with friends within the game. In regards to refilling your tank, there is the option to sign in via Facebook and receive 3 free decals instantly, or players can alternatively refill by ‘liking’ their Facebook page or tweeting about the game on Twitter.

In regards to product placement, the cars used in this game are officially licensed cars (from brands such as Audi, Bently, BMW, Chevrolet, Ford, etc). In addition to this, players can earn free gold within the game by downloading other advertised games and reaching certain levels within them (or merely opening other apps, such as ‘the Bible’ ebook listed).

Although not too overt, the game contains in-game characters that support gender stereotypes. Opponents are predominantly male, as is the car mechanic. The central female character is an ‘Agent’ who guides you through the levels of the game – she has long wavy hair and wears tight clothing, and is presented as sexually attractive.

The nature of promoting speeding, unsafe driving and drag racing may be detrimental to younger players.