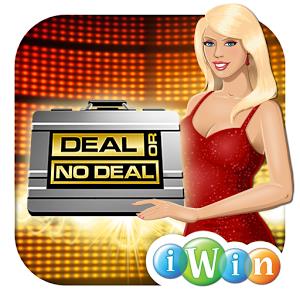 Deal or no Deal is a virtual version of the TV game show of the same name. Players must eliminate cases at random in an attempt to improve the deal offered by the bank. Gross motor skills are required to play. Caution: strong risk taking elements and saturated gambling advertising, in-app purchases and online interactivity. Not recommend for children under 18.

This review of Deal or no Deal was completed by the Australian Council on Children and the Media (ACCM) on 26 February 2017.

This review of Deal or no Deal contains the following information:

Deal or no Deal is a risk taking, guessing game which offers the player a chance to win one million (virtual) dollars. Players are presented with 26 cases of hidden varying dollar amounts. The player must choose one case to keep – unless they choose to sell it back to the banker. From there, players must choose cases at random in the hope of unveiling cases with low dollar amounts. At the end of each round, the more cases chosen with the least amount of dollar values will increase the dollar amount offer made to you by the bank. Players can either accept the deal or continue playing.  At the end of the game, the dollar amount won counts as your score. Tokens can also be earned to buy special power chips. These can do things such as increase your next offer by 10% or add $25,000 to your final case.

The aim of the game is to make the highest possible deal or to be lucky enough to eliminate all other cases to be left with the million dollar case. You can also play in tournaments against other online players. In these games, the person who made the highest deal wins the tournament and is awarded with tokens for first and second place (in a game with three players).

Gross motor skills are required to play. Those with an appropriate understanding of random chance and probability may be better players. However, due to strong risk taking themes and saturated gambling advertising, this game is not recommend for children under 18.

This game consistently encourages risk taking. Although many children may understand that the money and tokens are not real, some may get a good feeling by taking a risk that pays off. This could be habit forming for some and may generalise to real life situations for others. Quite commonly, a higher dollar amount is offered by the bank near the start of the game as not many cases have been eliminated at this stage. However, as higher cases get eliminated, the offer from the bank decreases quite substantially. Due to this, it may be disappointing for some to have denied a previous good offer, and hence may take worse risks as the game progresses in the hope of recovering what could have been a good deal. Furthermore, those with a low understanding of probability may falsely believe that chances can only improve following bad luck (which often is not the case – as with a coin that has been tossed landing on tails 5 times in a row still has a 50/50 chance of landing on tails the 6th time). This game isn’t quite as random as that though, and providing the player with the choice of which case to pick may provide the illusion that there is more skill involved in winning than there actually is.

This game encourages Facebook connectivity and watching ads for other gambling related games.

Online information required to download, play or interact with the app includes:

This game is strong in gambling themes. The whole game consists of risk taking and most of the advertising is gambling related.

This game has one of the highest amounts of advertising encountered by this reviewer in an app. Ads will pop up often and at random. Most of these are for other games featuring gambling, including slot machines. This game also has a feature where, if you open the one million dollar case too early, it will give you an option to watch a video to put the case back into the game (see below). These videos are most often ads for slot machine games. 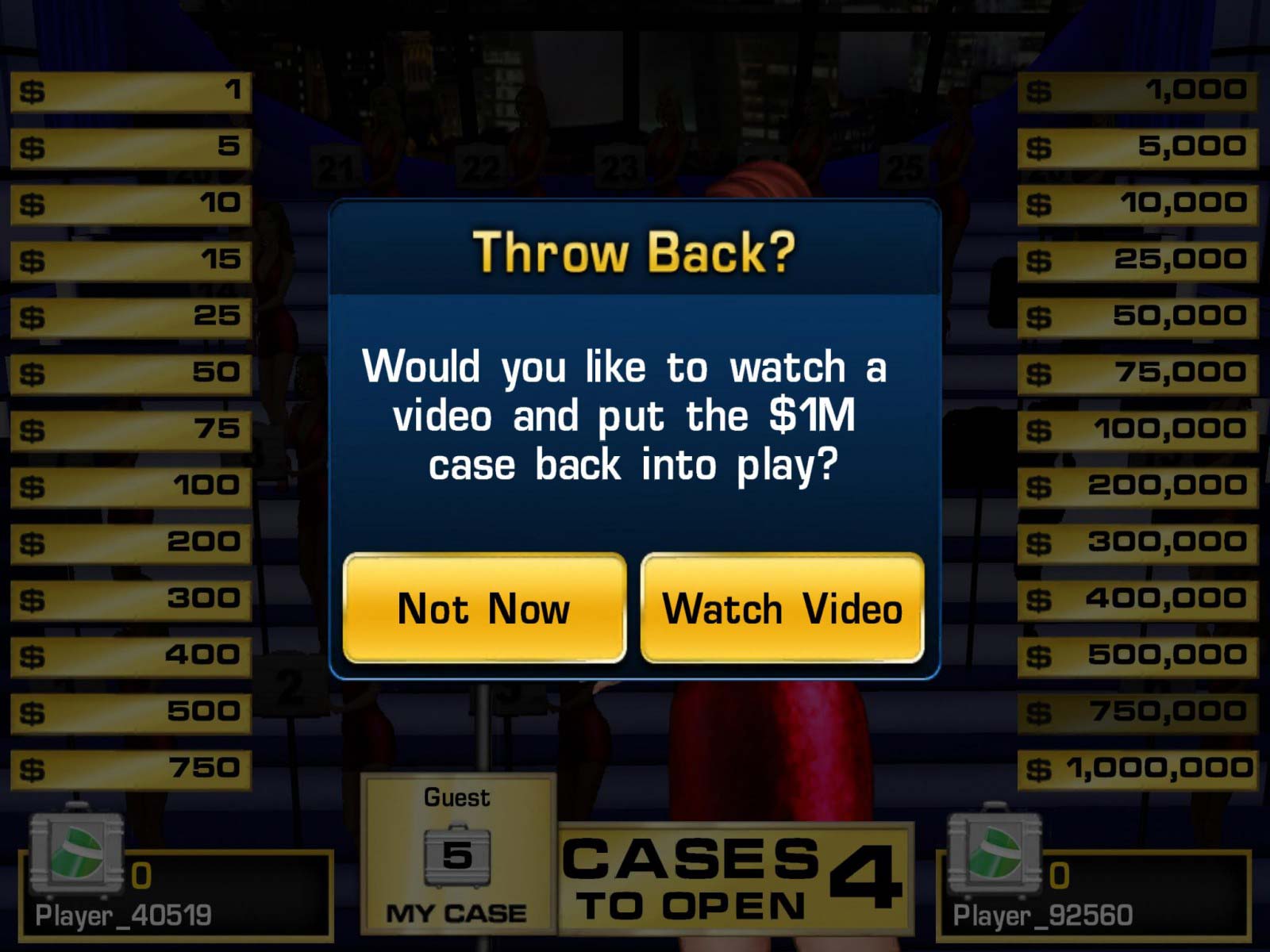 This game consistently encourages risk taking. Although many children may understand that the money and tokens are not real, some may get a good feeling by taking a risk that pays off. This could be habit forming for some and may generalise to real life situations for others.