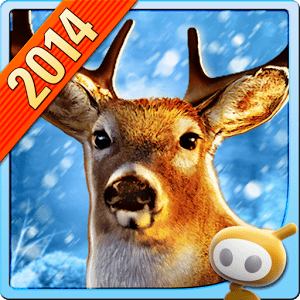 This is a first person shooter hunting simulation.

This review of Deer Hunter was completed by the Australian Council on Children and the Media (ACCM) on 25 February 2014.

This review of Deer Hunter contains the following information:

This is a first person shooter hunting simulation, in which animals are hunted and killed.

Within this game, the player is assigned missions to hunt and kill a specified number and type of species of animal.  The game has more than 100 species of animals, not just deer. Successful missions earn a reward of Hunter Dollars. Players are issued with a basic gun. There is a gun store which stocks rifles, assault rifles, shotguns and pistols.  The specifications for the guns are shown in detail. The player selects a gun – for superior guns and upgrades the player will need to use Hunter Bucks or Glu Money.  The game is set up with 8 regions, which are different habitats. Each region has five different hunts – consisting of one Trophy Hunt (which is the most difficult) and four other hunts. Each hunt has a series of missions.  Completing the Trophy Hunt will enable the player to unlock the next region.  The four minor hunts enable the player to earn Hunter Money to upgrade their gun for the Trophy Hunt. Each region becomes progressively more difficult, which requires gun upgrades. Within each mission, the player must locate their prey. The player takes aim and shoots the animal. If successful, blood splatters and the animal falls to the ground. For some shots, the player uses infrared assistance to locate the animal’s heart, lungs or brain.  Some kills are seen in slow motion, following the bullet.  The player has an experience level, which increases with successful kills. Moving up levels also accumulates Glu money.

The graphics in this game are very realistic.

If players sign in to Google+, the app receives their basic profile info (including location); list of people in their circles (the player has the option to select which friend information the app collects – the default is all circles of people); make their game activity visible to others (this can be defined by the player, but the default setting is Public); share Google+ profile information and manage game activity; and view and manage their data for this application. There are Leader boards, which may display player information if they have elected to make it publicly visible. There is an option to join friends in a co-operative challenge, which they must pay to do.

Within the Options section, there is a discussion forum as well as privacy information.

Ads are periodically presented including one for a warrior style game. To earn Glu credits, the player can watch a video, which is an ad for another app. Players can earn free Glu credits if they download and start other apps, such as Groupon, a survey on beers and “live flirting” apps.

The player must shoot and kill animals.

Violence and scary material:
The aim is for the player to shoot and kill an animal, as specified. Some kills can be quite graphic and in slow motion - blood splatters then the animal falls. Players sometimes earn more money for a shot to the heart, lungs or brain. If the animal is injured but not killed, it may be shown limping or struggling. If the player shoots a predatory animal but does not kill it (e.g. a wolf or hyena), the animal or another pack member will come after the player. The animal jumps at the player (in slow motion) and the player must try to kill them. If they don’t kill the animal, it attacks the player, with their blood being splattered around, and sometimes rips at their body.