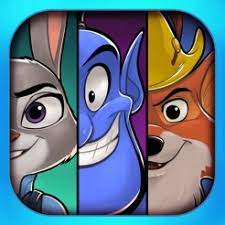 Disney Heroes: Battle Mode is an entertainment gaming app that requires players to fight off a nasty virus corrupting the heroes’ friends and families to plot against them. Parental guidance recommended 9-12 due to fantasy violence, in-app purchasing and chat rooms becoming available after reaching a certain level.

This review of Disney Heroes: Battle Mode was completed by the Australian Council on Children and the Media (ACCM) on 29 August 2019.

Disney Heroes: Battle Mode is an entertainment gaming app, which takes place in a virtual world called Digital City. Initially, players are warned that a wicked virus is attacking the city and turning the hero’s friends and family against them. All characters will likely be familiar to players, as they are presented as well-known Disney heroes, such as the Incredibles family, Toy Story, and Monsters Inc., which makes the app very enticing. The player must pull together the best team in order to defeat the heroes that have the virus and regain the city, defeating the virus. Players choose their heroes, abilities, and gear used for the fights, with the aim of gathering the best team to win the fight. A level consists of three fights and if the player wins, the next level is unlocked. Levels, different players and different equipment can be purchased in-app, during or in between the games, to make sure the player wins the fight.

The graphic quality of this gaming app is high, along with the representation of the Disney hero characters. However, the scenes in which the fights take place do not change after each fight, and this decreases excitement and engagement. Parents/carers should be aware that progress up to further levels enables a chat room whereby players can talk to other players through an online system. Also, in-app purchasing is easily accessible and relatively pricey. Of concern is that players can easily make these purchases without parental permission. Advertising pop ups are presented, which if clicked on will take players to a third-party website to make other purchases, though these are infrequent. Whilst the violence is portrayed as fantasy violence, the game is rather brutal with its main aim being to kill and destroy other superheroes. Violent actions involve hitting, punching, kicking, and then also the specific actions of that superhero e.g. Frozone character: freezes people. The language is mild, for instance ‘Stink Brain’, however, this may be a concern for parents/carers of young children.

No course language noted. However, some potentially inappropriate and offensive phrases such as ‘stink brain’, which some parents/carers may not want repeated by a child.