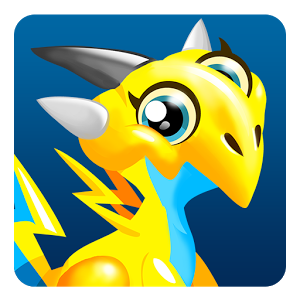 This is a building game in which the player creates a colony of dragons.

This review of Dragon City was completed by the Australian Council on Children and the Media (ACCM) on 25 February 2014.

This review of Dragon City contains the following information:

This is a building game in which the player creates a colony of dragons.

The player begins with an island and an allocation of gold, gems and dragon food.  A tutorial shows the player how to set up a dragon terrain, add buildings, grow food, breed and hatch dragons,  battle with their dragons, remove trees and rocks and more. Some activities have long waiting periods. In the tutorial, players are encouraged to speed up these processes using gems.  Gold can be used to purchase terrains and buildings, dragon eggs and food to grow. Gold is produced by the dragons, with different types of dragons producing it at different rates. Dragons must be fed to increase their level, which is useful in combat. Gems can be used to speed up the game activities, like breeding and hatching. Gems are harder to obtain, being awarded when the player wins battles, moves up levels or purchases them. Completing most tasks also earns XP points, which accumulate to move the player to the next level.

Players can send their dragons into combat with the dragons of other players. The dragons do not contact each other – the battle consists of using moves which vary according to the type of dragon and level, such as a punch or flaming arrows. These moves score points and weaken the opposing dragon. Dragons who lose disappear in a puff but suffer no penalty (the player does not lose the dragon), while those who win receive a reward which includes gems. The dragons’ combat strengths and weaknesses are explained more fully in a book which is unlocked at level 10.

For a limited time, there is a witch-like character who calls “Pssst!” from the side of the screen. Clicking on the icon takes the player to the “Dragon Black Market”, where the witch has received a shipment of dragon eggs. The player can spend gems to open a box and receive of these special dragons, one of which is only labelled as a Mystery.

Players can visit other islands. Some of the islands are those of fictitious game characters, while others are the islands of friends and other players (see below in Online player profile section for more detail on this).

There are many levels to progress through, each adding new items which can be purchased or accessed.

Players can purchase a Starter Pack, which includes gold, gems, dragon food and a dragon for a reduced price of $1.99 for a limited time. Additional gems can also be purchased for A$2.25 to A$112, which can be used to purchase items and speed up game activities.  Purchasing in Facebook games can be by debit card, credit card, Paypal and Facebook gift card. There is also the option to charge purchases up to A$50 to a mobile phone account, however the purchase price for the gems is higher using this method. The mobile phone purchase transaction screen states “Customers under age 18 must have account holder's permission”. A text message is sent to the mobile number entered to confirm payment.  Parents should be aware that if they enter credit card details, the player can make more than one purchase. On making a credit card purchase, players are advised that “Facebook will save your payment information for future purchases. You can always remove or manage this information in your account settings.”

Players can invite friends to play and combat to earn extra gold, food, XP and gifts. When a player plays this game in Facebook, the app receives their basic information and birthday. Some of their details become available for other players to see, such as the player’s first name and profile photo. Other players’ names and photos also become visible to the player. It is also possible to visit the other players’ islands and combat against their dragons.

Players are invited to play other games. Parents should be aware that while the game content of this app may be suitable for children, if they click on the option to earn extra dragon food by watching a video, the content of some of the videos would not be considered appropriate for children. These are video advertisements and some run for well over a minute. They included ads for vodka, a weight loss company and a Pacific island (which features many girls in bikinis)

Players are encouraged to breed dragons. They must set up a Breeding Mountain and then choose two dragons (who must be at least level 4 each) to breed. The dragons move to the Breeding Mountains – nothing graphic takes place, the dragons just wander around the mountain and love hearts float into the air. When the required time has elapsed an egg appears which must be taken to the Hatchery for a period of time. Players are invited to go to a “Dragon Black Market”, which is run by a witch-like character.

Violence and scary material:
The dragons are in a friendly cartoon style. Players are challenged to engage their dragons in combat with the dragons of other players. The battles are not violent and losing players do not lose their dragon.

Use of substance:
One of the buildings which players can purchase is a Recruitment Tavern, which appears to have a large mug of beer sitting on its roof. One of the videos presented to earn extra dragon food was an ad for a brand of vodka and showed young adults in a nightclub scene with drinks in their hands. In another video ad, bikini-clad models are seen with cocktail-style drinks.