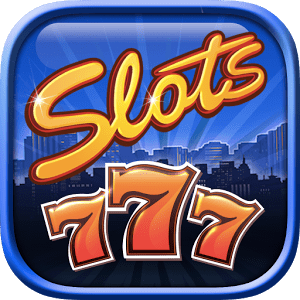 This is a casino based gambling simulator app, which involves games such as slot machines.

This review of Dragonplay Slots: Slot Machines was completed by the Australian Council on Children and the Media (ACCM) on 6 April 2015.

The game was reviewed to level 10

This is a Casino-style game based around slot machines. The game has a wide variety of slot machine games to play through, and the objective of the game is to earn more money in order to play more. There are limited skills needed, as it is a simple button-push game and the chance of winning or losing is chance-based.

When the app is opened, a pop-up window appears titled 'Daily Bonus'. It contains a message that shows that 300 coins are available for free today, 450 available on day 2, 500 on day 3, 550 on day 4, and 600 on day 5. Players are encouraged to click 'Collect' in order to obtain their initial bonus of coins to use within the game. Players are then taken to a complex screen containing a range of links as well as a central slot machine window - players are able to tap on any of the 15 image squares in order to spin the slot machine. If a player obtains any kind of prize, the squares will flash (for instance, '5 in a row!') and players will receive a monetary reward in the form of in-game coins. The screen will flash the number of coins won, with a large 'You Win!' sign in large gold letters.

Players have the option to set the number of lines within their spin, the amount of coins spent per spin, as well as their betting max. The more times a player spins, the more their Star bar increases - this indicates that players are progressing to the next level within the game. When players level up, they earn an additional coin bonus. For certain wins, players are presented with a chance game involving the presentation of seven boxes of treasure - players are informed that they must select one of the treasure chests. Each has a different number of coins to be won as a game bonus.

The game offers players the option of choosing an Auto Spin cycle, where players can set the game to auto spin (as opposed to players pressing Spin manually) for a total of 10, 20, 50 or 100 times. Players can also select a x2, x3, x4 or x5 boost - these are in-app purchase options that allow players to win more in-game cash when they spin successfully.

There is a Spin The Wheel activity within the game that resets and can be spun every 4 hours. This can offer players additional in-game bonuses. There is a range of slot machine games within this app, but they must be unlocked as player’s progress through the app. These different games include various themes and images, such as farm animals, crime, mummies and pyramids, and leisure spa resorts.

This app carries considerable risk to children due to the substantial amount of simulated gambling involved. The app covers casino-based games, encouraging in-game spending and repetitive gambling. There is limited learning potential as the games are very simplistic, and are largely played by pressing a ‘Spin’ button – they do not involve strategy at all, and are mostly chance-driven.

Once players press the back arrow to get out of the initial slot machine game, they are met with a pop-up screen stating 'Upgrade your account to play with friends, and get a special reward! Get 2,500 coins!' - they are then asked to sign in via Facebook or Google+. This screen must be manually closed. There is also an option to invite friends via email, Facebook or SMS, and subsequently receive 15,000 coins as a bonus. Players are also able to inbox other individuals privately through the game, and to send gifts to other players (e.g. free spins, coins, etc).