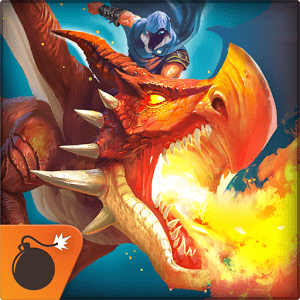 This review of Dragons of Atlantis: Heirs of Atlantis was completed by the Australian Council on Children and the Media (ACCM) on 11 March 2014.

This review of Dragons of Atlantis: Heirs of Atlantis contains the following information:

In this social building game, the player rebuilds a ruined city, researches ancient wisdom, trains troops and dragons, joins an alliance and battles enemies. This requires strategy, planning, time management and resource management skills. The player must consider the most beneficial way to use their gold and rubies, as well as their resources.

The player begins their quest to restore a lost ancient city with a chest containing gifts to help rebuild the city, including small allocation of gold and rubies. The player must construct a variety of buildings like homes, farms, mines, lumber mills and garrisons. The player must continue to add and upgrade these buildings as well as the ancient buildings like the Science Centre, the city Wall and the Fortress. Building uses resources and time, which may be considerable as higher levels are reached. Players must also train troops and dragons at the Garrison and conduct research at the Science Centre. These activities also require resources and time. The player is guided by a list of Quests – rewards of resources and sometimes gold are awarded as quests are completed. The city’s dragon can be sent to explore the mountain cave up to 10 times per day and brings back useful resources and speedups.

The player’s city is initially under protection from attack to allow time to train troops, dragons and set up defences. The protection period can be extended with rubies. One of the quests is to conquer enemy Anthropus camps. Players must train spies, troops and dragons and conduct relevant research. When players attack, there is no on screen violence. It is recommended to first despatch spies to report on the proposed target. Then the selected troops, under the appointed general, march to the chosen location. The game declares “Battle concluded” and then the troops march back to the player’s city. This all takes place on a map. A battle report is presented which outlines the casualties on both sides and any winnings.

Players can be vulnerable to attack. In public reviews, players report having spent days and money setting up their city only to be wiped out completely while not even online.

There is a constant chat stream amongst players, of which a couple of lines appears on the screen. It can be expanded to show more of the conversation. This can be a Global chat which includes players from all around the world and from other alliances; or it can be only with players in the same alliance. This chat appears to be completely unmonitored - the content is wide ranging and often inappropriate for children (see Other section below).

This game is complex, has many levels and it is clear from the conversations that many players have been playing for months, are at a very high level and possess extensive resources which have been either purchased or taken considerable time to achieve.

This game requires the player to plan ahead, consider the best use of resources, invest considerable time, monitor multiple activities and be patient.

Rubies can be purchased for real money for $5.49 to $109.99 for a pack. Special deals are periodically offered, which may include rubies, resources and other useful items.

Players can connect to Google+ - the game receives the player’s basic information, people in their circles and may make game activity visible on the web (this can be edited). Players can sign up with Kabam.com (the developer) to earn rubies. The player receives mail within the game. These messages are mostly from the game, advising of tournaments and special deals, but may be from other players. There is a leaderboard, which includes information about number of troops killed, which displays the player’s chosen game nickname. Players can connect to Facebook in Settings to receive a free game item – the game receives the player’s public profile, friend list and email address, and seeks to make public posts for the player. Players can access the Player Forums webpage.

Periodically, players are given the opportunity to play Dragon Vault – players can spend rubies or dragon seals to select one chest from nine, each of which contains game items such as troops or speedups.

Players can earn free rubies by completing surveys, purchasing certain items or by downloading and playing other games, including simulated gambling apps.

Parents should be aware that there is a constant live chat stream visible. On the main game screen, only two lines are visible however players can expand this. Conversations appear to be unmonitored. Players can view other players’ basic game information, have private chat, send a message or block that player. Many of the conversations are about game details and tips or the local weather. However, fairly frequently, the chat content is inappropriate for children – this may be due to the language used (some players code profanities but others do not) or the nature of the conversations, which sometimes can become abusive or be about drugs or alcohol or sexual in nature. The reviewer even witnessed one player discussing self-harm and contemplating suicide. Players sometimes request other players’ details to continue the conversation in the real world.