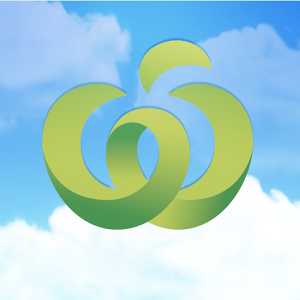 This game is a camera-based app which allows players to bring Dreamworks Heroes to life.

This review of DreamWorks Heroes was completed by the Australian Council on Children and the Media (ACCM) on 2 April 2014.

This review of DreamWorks Heroes contains the following information:

There are no levels in this game – it is based around collecting various DreamWorks characters.

This is a camera-based app where players collect Action Cards (online, from Woolworths stores or by unlocking a free hero each day). Players can move the hero around the screen and take photos with them. The objective of the game is to collect as many heroes as possible, and to take photographs and share them with your friends online. There are no skills needed to play, other than the use of the camera.

Characters for the game are obtained by photographing DreamWorks Heroes Action Cards, which are found online on the Woolworths website, obtained by spending $20 at Woolworths stores, finding the hidden Dreamworks Stickers on the floor of stores, or swapping cards with other players online via the Swap Zone on Facebook. A free character is also unlocked each day. Once characters are photographed, they can be used to explore various worlds within the game. However, this can only take place when players collect action cards – as a result, the gameplay is quite limited without spending money or visiting a Woolworths store. For the free unlocked characters, it is only possible to move the characters around the room (via the camera) and take photos with the character. There is also a board game which can be found on the website (but can only be obtained after purchasing a photo album for $5).

There is minimal risk involved with this game. However, it appears to be founded on advertising for the Woolworths supermarket chain, by encouraging children to suggest to their parents they go to Woolworths stores and spend more than $20 on products. In this sense, the app is marketing to potential adult customers via their children.

The app tells players that they can pick up action cards by going online, and store them within an album they may purchase for $5. Action Cards (and therefore characters) can also be obtained by visiting a Woolworths store and spending $20 within the store, or by searching for hidden stickers of heroes on the floor of stores – in this sense, the app encourages spending at Woolworth stores as opposed to within the app itself.

Players can swap cards with other individuals if they visit the ‘Swap Zone’ via Facebook.

The entire app appears to be an advertisement for Woolworths – there is Woolworths insignia at the beginning of the game, and visiting either the Woolworths online store or actual supermarket stores is a necessary component of gameplay (as characters can only be obtained by photographing them from these sources).

There was no game playing behaviour that may be of concern to parents identified.