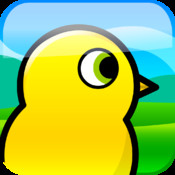 This is a simulation game in which players train their ducks to compete in races.

This review of Duck Life was completed by the Australian Council on Children and the Media (ACCM) on 11 March 2014.

This review of Duck Life contains the following information:

This is a simulation game in which players train their ducks to compete in races.

In this game, the player must train their ducks in a variety of skills to complete in tournaments, win prize money and beat the supreme duck racer. The player can choose a duck egg. They begin with an allocation of game currency, which can be used to buy food (for energy), more ducks and accessories like hats. As the ducks train, they may earn coins. As their training progresses and their energy builds by buying food for them, they participate in races, with the chance to earn prize money. Each of the levels has a tournament, which requires three ducks to compete in it. When the player wins the tournament, the next area is unlocked, where the ducks train in new skills.

Players may need to consider the wisest way to use their coins. They may realise that more training increases the likelihood of winning a tournament.