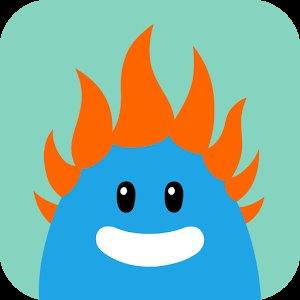 This is an app game which is based on a public service announcement campaign.

This review of Dumb Ways to Die was completed by the Australian Council on Children and the Media (ACCM) on 25 February 2014.

This review of Dumb Ways to Die contains the following information:

This is an app game which is based on a public service announcement campaign.

Dumb Ways to Die was originally a public service announcement campaign by Metro Trains in Melbourne in 2012.  It was intended to promote awareness of safety around trains.

The video features a series of cartoon depictions of characters (which look a little like jelly beans with arms and legs) dying in “dumb ways”. Some of the ways are unlikely to occur, such as pressing a red button to set off a nuclear explosion, being eaten by piranhas and dressing up as a moose in hunting season and being shot. Others could feasibly happen in everyday life, such as eating superglue, setting your hair on fire and removing toast from a toaster with a fork. Standing too close to the edge of a train station platform, running across railway tracks and driving around boom gates at a railway crossing are suggested to be perhaps the “dumbest ways to die”. At the end, the deceased characters all gather dancing and singing “Dumb ways to die… so many dumb ways to die…” and a voiceover declares “Be safe around trains!”

The campaign won a number of advertising industry awards. It also received some criticism for suggesting possible suicide measures and trivialising serious injuries.

The app is a game which is a spin-off of the campaign. It depicts scenes from the video and the player aims to stop the characters from dying as instructed by the game (such as covering up “bleeding” bullet holes with their fingers and swatting wasps). After saving a few characters, the player must perform the challenges faster.  Characters may meet untimely ends by cartoon violence, like being chopped in half, being struck by a train or exploding. If the character is not saved, a small gravestone pops up - when the player has three gravestones the game is over, though they are immediately invited to play again. Successfully playing the games scores points and will unlock extra characters, as well the video.

Although the aim is to stop the characters from dying, sometimes it can feel as though the focus is on the dangerous act, not its prevention. Some parents may feel that these risky activities are being trivialised and may feel uncomfortable for their child to play a game where their child must remove a piece of toast from a toaster with a fork, quickly albeit carefully. It is possible the underlying message may not be appreciated by young children.

Players have the opportunity to take a safety pledge to not do dumb stuff around trains.

This app is based on a campaign by Metro Trains which aims to promote awareness of safety around trains. Periodically ads for other apps are presented.

One of the challenges is to keep piranhas away from the character’s “private parts”, but there is nothing which resembles private parts to be seen and the actual character is very cartoonish.

This game of depicts a lot of dangerous behaviour, which is being carried out by the cartoon characters – including standing too close to the edge of a train platform and crossing railway tracks. The lyrics of the accompanying video, when unlocked, make more clear what the various dumb acts are, for example eating superglue or taking out of date medicine.

Violence and scary material:
Most characters suffer violent, or at least unpleasant, cartoon deaths. A few characters spurt cartoon blood when they are shot, chopped in half or take off their helmet in outer space. A very cartoonish psychokiller makes a brief appearance.

Use of substances:
One of the dumb ways to die is taking out of date medicine. Another is to “scratch a drug dealer’s brand new ride”, where a sack (which by implication has someone wriggling inside it) is hit with a large stick.