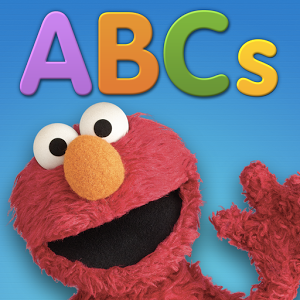 This review of Elmo Loves ABCs was completed by the Australian Council on Children and the Media (ACCM) on 9 November 2015.

This review of Elmo Loves ABCs contains the following information:

Elmo Loves ABCs is an educational alphabet game. The objective of the game is to choose letters, trace over their shape, and complete activities associated with that letter. The skills required include motor skills to use the app, as well as basic knowledge of the alphabet and writing.

When the app is opened, players are brought to an initial screen containing an image of Elmo, the character from the franchise Sesame Street. In the top righthand corner of the screen, there is an option to purchase the full game (as opposed to the Lite version) – players must press and hold this button for 3 seconds, before a pop-up appears stating ‘Get the full version! Explore all 26 letters with Elmo!’. The complete game costs $6.22 to purchase.  The app menu also contains a Play button, as well as a Settings button, where players can access the Shop, Personalise the game, or Track ABCs. To unlock access to the Shop, players must click on the icon and drag it towards the top lefthand corner of the screen. This brings players to a section where they can ‘Check out other great Sesame Street Products’, in the form of Apps, Movies and TV, Music and Books. In regards to Personalising their alphabet, players are able to take a photograph or video that they wish to represent letters, and upload them to the app. Players are also able to track their progress, measuring their Favourite Letter, Favourite Activity, Average Time Played, Number of times a letter has been successfully traced, Uppercase and Lowercase Recognition, etc.

When players begin gameplay, they are shown a brief video where the character Elmo asks players to touch any of the letters along the surrounding edge of the screen. After selecting either A, B or C (the other letters are blanked out), the letter is pronounced aloud by Elmo, and he asks players to trace the uppercase and lowercase letters by touching the device screen. Players are told ‘Very good!’ when they complete this, and are shown three images of items beginning with that letter (e.g. an apple, accordion and alligator). They then have the option of watching a short video of each of these items, or of colouring in these items from a basic black and white stencil of them. It is also possible to play a ‘hide and seek’ activity, where the screen is filled with leaves, and players must click and drag to push the leaves out of the way in order to locate and reveal the item beginning with A.

This activity can be repeated for each of the three letters available in the Lite version of the app.

In the top righthand corner of the screen of the initial menu, there is an option to purchase the full game (as opposed to the Lite version) – players must press and hold this button for 3 seconds, before a pop-up appears stating ‘Get the full version! Explore all 26 letters with Elmo!’. The complete game costs $6.22 to purchase.