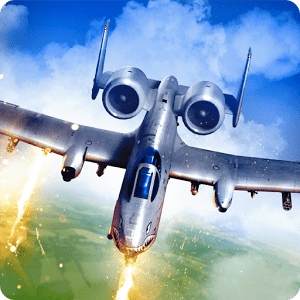 This review of Empires & Allies was completed by the Australian Council on Children and the Media (ACCM) on 21 May 2015.

This review of Empires & Allies contains the following information:

Empires & Allies is a timer and quest app based on war. The objective of the game is to build a city with a force of troops capable of defending it. Players go on to battle enemy troops and win rewards. There are limited skills needed, but strategy and motor skills may be useful.

When the app is first opened, players are informed that they must sign in via a Google+ account. Players are unable to proceed to gameplay without signing into a personal account.

Upon commencing gameplay, players are taken to a birds-eye view of a battle camp and are introduced to a male character named General Shepherd. He states that “Intel has located a Global Revolutionary Army outpost, and we need you to wipe them out”. Players are then instructed to tap on the icon of a plane to “use A-10s to destroy enemy defences”. Players then witness planes flying over the camp, firing machine guns and destroying the area. Players are subsequently encouraged to tap on an icon of tanks in order to deploy troops. They then witness an animated sequence of light infantry and tanks destroying the enemy camp, whilst the health bars of opposing troops and their buildings are seen to decline. Players are then encouraged to fire a missile at the base, and use flares to direct troops. Players have the capacity to zoom in, or zoom out of the battlefield. During animated battle sequences, troops of both sides can be seen to be shot and to fall dead on the ground. Upon winning the battle, players are presented with a pop-up victory screen, displaying the “spoils of war” in the form of resources, the number of casualties of their own troops, and the level they are now on.

After this, players are introduced to Lieutenant Ava who welcomes them to the base and introduces herself as the Comms Officer. She informs players that they should secure the perimeter by building a defence before the terrorist organisation GRA retaliates. Players can access an in-game menu of building options divided into 3 categories: defences (incorporating things such as guard towers, domed defences, rally flags, and land mines); resources (eg: oil derrick, fuel stockpile, supply drop, steel factory etc); and operations (eg: troop tarmac, storage bunker, research agency, alliance building). When a player places one of these structures onto the field, they are presented with a length of time the building will take to be completed. It is possible to skip this waiting period by using in-game items. Players are encouraged to “rush” the building and deployment of troops with pop-up windows.

As players progress through the game by strengthening their army base and troop forces, they may join alliances with other players online, battling against opponents collectively. Players will also be forced to defend their territories from other human players online.

As players progress through the game by strengthening their army base and troop forces, they may join alliances with other players online, battling against opponents collectively. Players will also be forced to defend their territories from other human players online.

The extensive in-app purchasing and time-lag features may encourage the spending of real-life money in order to deal with potential impatience. Additionally, the high level of animated wartime violence may pose a risk to younger players.