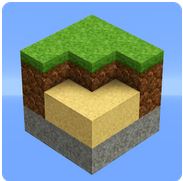 Exploration Lite is a world building game inspired by Minecraft

This review of Exploration Lite was completed by the Australian Council on Children and the Media (ACCM) on 15 August 2015.

This review of Exploration Lite contains the following information:

Exploration Lite is a world-building game inspired by Minecraft. There is no central objective for the game, other than to freely roam the environments provided and build things out of the many different blocks provided. The skills required include motor skills to use the app, as well as general creativity.

When the app is first installed and opened, players are taken to a pixelated screen with various icons: a Menu button and an Add icon in the top right-hand corner, a Delete button in the top left-hand corner, as well as up/down/left/right arrow keys in the bottom left corner. Once a player uses their finger to move across the main area of the screen, they discover that they are able to change their view and turn around to the scene of a beach. The world is constructed of pixels and blocks, but forms an entire picture – a blue sky with clouds, a lake of water with sand, grass and trees, etc. Players can use their right hand to direct the camera, whilst using their left hand on the movement keypad in order to move forwards, back and to the sides. There is also an icon which allows players to jump up a single block.

When players access the menu, they are brought to an options screen containing different types of blocks – there are stone, bricks, wood, vegetation and bushes, flowers, functional blocks such as ladders and chests for storage, carpet of different colours, etc. The menu contains 11 pages of block options, with 9 blocks on each page.

Players are then encouraged to be creative and build things within the world – these are not limited, and can be made from any of the blocks available. Players first select a block from the menu, hover over the location they wish to place it, and then tap on the Add icon in order to place it. In order to delete a misplaced block, players must simply hover their central cursor over it and then click on the Delete icon.

The game is said to be inspired by Minecraft, and is almost identical in terms of gameplay and style. There is also an option to change the initial terrain: players can choose from a basic Earth template, a Flat terrain which merely has grass and sky, as well as a template with blocks floating in the sky.

The game contains an option to purchase a ‘full version’ of the game, which would then allow players to save game states and continue their progress on multiple devices. The full version of the app costs $4.99.

Have you found something of interest in this app that we haven't? Couldn't find the app you were looking for? Please email us here.