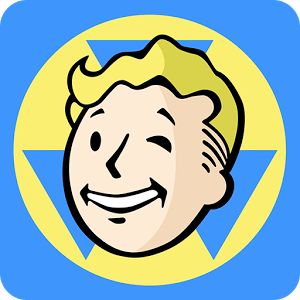 Fallout Shelter is a quest and timer building game

This review of Fallout Shelter was completed by the Australian Council on Children and the Media (ACCM) on 7 September 2015.

This review of Fallout Shelter contains the following information:

This app was played for approximately 1.5 hours

Fallout Shelter is a timer-and-quest building app. The objective of the game is to construct rooms in an underground survival vault, where dwellers must live and thrive on their own produce and resources. There are limited skills needed, but an understanding of strategy and problem solving may be useful.

When the app is initially opened, players are brought to a central homepage where they can Enter the Vault, view the Vault List, access the game settings, or visit the Fallout website online. The background music is in the style of 1960s jazz music, and the graphics appear to be done in an old-fashioned style also. Players are shown a range of picture animations, which incorporate information on how to play the game. They are told that the Vault keeps people safe, and that their job as an overseer is to expand the vault. Each room has a special attribute it uses, and players must assign dwellers in an appropriate fashion to make the vault better.

Players are then taken to a side cutout view underground where a vault has begun being built. Players are told to tap on the hammer icon in the top right-hand corner in order to build a new room. They are instructed to build a power generator first, which will produce power. Players must tap to confirm the specific location of where they wish the room to be placed. After this, dwellers are required to make use of the power generator. Dwellers appear outside the vault doors, and players can tap on specific individuals to see their stats and information (this includes what level these characters are, how much health they have, special powers, etc). Players can then tap and hold, whilst dragging the dwellers into the room they wish to place them in. They can then watch as the small characters make their way through the vault to their allocated room. Once there are dwellers in a room, the room will begin producing resources.

Players are also informed that male and female dwellers within the Living Quarters have a chance of making babies. The app does contain mature themes, in relation to sexual content as well as the use of substances. Characters within the living quarters often discuss issues of this nature: ‘And beer – don’t forget beer’; ‘We make such as cute couple’; ‘I’d be so lonely here without you’.

Players must also make sure that they have enough power, food and water being produced for the dwellers, in order to keep them happy and productive. If they do not do this, dwellers will start losing health and rooms will begin shutting down. Disasters also occur within rooms when a Rush fails – players must drag dwellers into and out of rooms whilst they fight the disaster, to keep them from dying.

The app contains an in-app purchases store, where players can purchases ‘lunchboxes’ containing 4 Fallout shelter cards. These can be purchased in packages of 1 card for $1.33, 5 cards for $5.74, 15 cards for $14.38, or 40 cards for $28.86. The lunchboxes contain extra dwellers, in-game currency, as well as additional resources. All of these features make gameplay easier, and allow players to progress their vault building more quickly