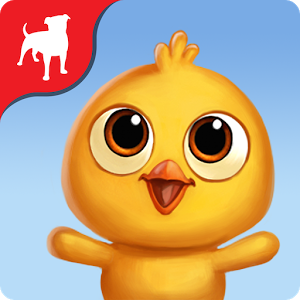 This review of Farmville 2: Country Escape was completed by the Australian Council on Children and the Media (ACCM) on 2 October 2014.

This review of Farmville 2: Country Escape contains the following information:

This App places the player in the role of a farmer, creating a virtual farm that they tend to grow and harvest crops and produce to then sell. Farmers are presented with challenges as they work through levels and incentives are given to connect with friends via social networks, complete tasks and visit your farm frequently.

This App on its surface is a virtual farm, with simple tasks to complete to manage the farm and progress through levels. On one level the game has some educational benefits as you engage in simple problem solving tasks to expand your farm and progress through levels. Here it could be argued that the completion of tasks and at higher levels the management of farm produce and crops are a problem solving activity. On another level, the game is more challenging for parents who may be concerned with the subtle in-App purchasing requests (which are frequently needed to progress through play), the advertising around the game (particularly when played on Facebook) and the requests to connect to friends through social media and through the game. Players are rewarded for connecting to others and are able to progress through the game more quickly with social connections. Those connected through social media are also able to connect with “neighbours” or other players of the game who may be unknown to the child. Although communication in the game is not possible with neighbors (other than assisting with tasks) neighbors may connect through facebook, with links to profiles accessible.

Some tasks may concern parents.  In particular, one level had a chocolate wheel of chance to win prizes needed for tasks.

Yes: This game on all platforms has extensive options to purchase additional resources and equipment through in-app purchasing. On facebook this was particularly troubling as once you added your credit card details to make one purchase, you could continue purchasing without needing to re-insert your details.

Online player profile: to play. you are encouraged to connect via email or social media, with the player being rewarded for connecting with other players

One level had a chocolate wheel chance activity, but at no cost to the player.

This were a significant number of banner advertisements in facebook.

One character appeared to be smoking a pipe. This character entered the game briefly as a cartoon to assist with a level. The ability to link to neighbors (and their profile pictures) on Facebook may show inappropriate images.

The nature of this game, its levels and rewards encourages players to return to the game frequently. The ability to connect with peers and compete with them also encourages re-visit and extended engagement with the game.