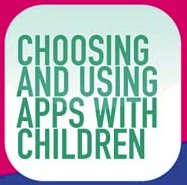 This review of Flight Simulator Xtreme was completed by the Australian Council on Children and the Media (ACCM) on 2 April 2014.

This review of Flight Simulator Xtreme contains the following information:

This game was played for the duration of 10 flights.

This is a three-dimensional flight simulation game with gyroscopic controls. The player controls a plane through various missions involving taking off, landing, and flying between destinations. The objective of this game is to complete missions by flying from one identified point to another. This game requires no specific skills.

Flight Simulator Xtreme is a game in which the player controls one of five different aircrafts through a series of missions. The player maneuvers the plane via the gyroscopic controls of the device that they are playing on. Missions range from basic takeoff/landing missions to advanced flights involving GPS Navigation. This game heavily features in-app purchasing, with four of the five in-game planes requiring the player purchase them individually to use them within the app. The player also has the option to remove advertisements from the game by spending real money. In this app, advertisements appear as both banner ads and full-screen ads.   They appear frequently, require player action to close them, and are disruptive to the app experience.

This game has extensive in-app purchasing, ranging in price from $1.05 (to remove advertisements), up to $4.99 (to purchase the most expensive plane which players can use within the game.

This game features both banner advertisements and full-screen advertisements that require the user to close them manually. See reviewer comments for further detail.