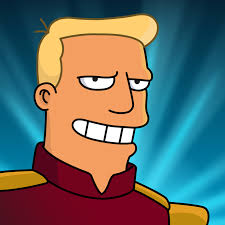 This app is a multilevel game featuring Sim style world expansion, battles and various mini-games and missions. Not suitable for children 12 years and under, parental guidance recommended for ages 13 to 15 years due to crude language, sexual themes, mild violence, drug and alcohol use and social media connectivity.

This review of Futurama: Worlds of Tomorrow was completed by the Australian Council on Children and the Media (ACCM) on 8 November 2018.

This review of Futurama: Worlds of Tomorrow contains the following information:

Futurama: Worlds of Tomorrow is similar in style and look to the Sims franchise (which aims to build and expand worlds to control your characters). The main plot of the story sees a series of random “Hypnowaves” tearing holes in the fabric of the Universe – which then suck people through it to a parallel Universe. One of these people is the lead female character: Leela. The aim of the game is to use the other main characters from the show to collect seven ancient artefacts to clear the Hypnowaves and rescue Leela. This is achieved through playing all of the mini-missions throughout the game which involve space travel, fighting aliens and expanding the gameplay area to earn rewards. Controls are simple and most often achieved through guided tapping of the screen. Players can follow the story narrative by reading the speech bubbles or can skip straight to further game play.

This is one of those games that causes blocks to level progression. For example, in order to open up an area to expand gameplay, the game required more “Hypnotons” – which can only be earned through completing a space mission. However, you have to complete a number of space missions to earn enough Hypnotons. Often, the same space mission needs to be repeated as certain areas can’t be accessed without certain characters. A pathway within a repeated mission was only able to be accessed with the inclusion of the character: “Bender” – which the current reviewer needed to unlock by purchasing more game currency with real money (in this case the currency was slices of pizza). Much of the game unfolds this way – putting up blocks to level progression, which may influence online spending for many players.

There are also many inappropriate references which include: references to drinking (a part of the game requires Fry to “drink his pay check”, the need to purchase a suicide booth in order to unlock Bender, and spoken and visual references to smoking.

There were numerous gender stereotypes encountered, often focused on females. For example The Professor says at one point: “I certainly can’t drink Pina Coladas in the shade…Very well. I’m forced to survive on Cosmos like an independent working girl who has had a long week”. There were also many sexual references including The Professor saying “Now, if you want Einstein-grade thinking, I’ll need to get naked”; and giving Bender a laptop dance in order to complete a section of the game.

There is lots of crude language in this game, both spoken and written. The word “Crap” is said a lot.