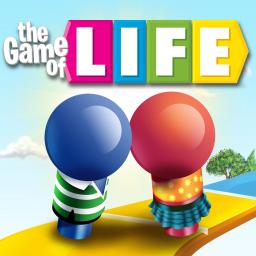 The Game of Life is a colourful reinterpretation of the board game including mini-games, cut-scenes and online multi-player features. Not suitable under 6; parental guidance to 17 (in-app purchasing, online connectivity, play resembling games of chance)

This privacy check of Game of Life, The was received from AppCensus on 2 June 2021.

AppCensus Privacy Check Data for the Game of Life, The app

The Game of Life

This review of Game of Life, The was completed by the Australian Council on Children and the Media (ACCM) on 12 March 2021.

This review of Game of Life, The contains the following information:

The reviewer played the game to the end ten times using a number of different combinations of play including the online options.

Based on the board game, The Game of Life pits player against player to end as the richest retiree in both assets and savings. Spinning the wheel, with a simple swipe, the player moves along a board where, on each spot they land, they win an opportunity or penalty. Options to get married, go to college, have a family and choose a career are all available as well as mini-games and face-offs with opponents.

For up to four players, the game can be played against the computer or with friends who are present. It also can be played with multiple online players.

The Game of Life app requires the player to initially log in using their Facebook, Google Play, Twitter or Apple account. There are options, however, to restrict the posting of game results on Twitter and Facebook. Any in-app purchases will then be charged to the card associated with the account used to sign into the game. With multi-player online options and in-app purchasing, the game requires some initial parental supervision.

Based on the board game, the central premise is ‘chance’ and requires the player to spin a wheel, reminiscent of the Big Wheel in casinos. This wheel replaces traditional dice from other board games and only has numbers on it unlike the Big Wheels which often have prizes displayed.

The reviewer also notes that while there is not much difference between the Apple App Store and Google Play versions, on the Android device it wanted access to photos, media and files when first logged in and when denied access it closed the app. The only other difference noted was that the game on the Android device was advertising Battleship (another game by the same developer) on the Home Screen.

On the home and start-up page there is an icon labelled ‘Special Offers’ which leads to discounted purchases, whilst the start-up page allows access to new themes and maps if an arrow icon is pushed. The in-app purchases are not available once game play has started and do not occur during the game play. They are restricted to buying different board themes such as Halloween, Summer Beach Party etc.

This app can be played offline as there is a ‘Local Play’ option. It also has a multi-player online feature and can be played with friends or random international players who are not identifiable (unless they use a personal photo of themselves as their player avatar profile) and may come from anywhere in the world. Minor communication is available between the player and the online opponents and is restricted to a limited group of emojis.

There are some gambling elements in this game, for example:

The spinner is like a Big Wheel in a Casino and some of the tasks require the player to spin the highest number to win a monetary reward. Also, there are mini-games which are like races where the player has to run around collecting the most money in order to win. A lot of the outcomes within the game play rely on chance with a spin of the wheel determining the result.

It is important for parents to be aware that on the opening page there is an icon marked ‘Specials’ that leads to a ‘sale’ page where further in-app purchases can be made consisting of bundles of themes for the game. As mentioned, on the game-play page there are also ads for game related purchases.

Marriage is available for both same and different sex combinations and jobs are not gender biased.