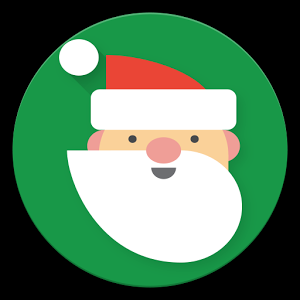 This review of Google Santa Tracker was completed by the Australian Council on Children and the Media (ACCM) on 26 November 2015.

This review of Google Santa Tracker contains the following information:

This app was reviewed to completion

Google Santa Tracker is a mini game Christmas app. There is no central objective of the app, other than to play through each of the gaming activities and achieve as many points as possible as well as to watch several Santa-related YouTube videos presented within the app. The skills required to use the app include motor skills, as well as good timing and reflexes, memory and identification skills.

When the app is first opened players are brought to a home screen titled 'Google Santa Tracker'. There is a red button in the centre of the screen which contains the text 'Follow Santa'. There is a large image of a silhouetted sleigh with reindeers and an outline of Santa below this. Upon clicking on the red button, players are told they are 'Still trying to reach Santa' and cannot play the activity as the game 'Follow Santa' is currently locked.

Players are able to scroll down by swiping upwards on their device screen. This shows users other activites to engage with. The second activity listed is a video with a large 'Watch' button in the center. Upon clicking on it, the app takes the players to a 30 second animated video of Santa whilst he is on holiday, and reindeers are subsequently in charge (the video is titled Reindeer Worries: Google Santa Tracker 2015'). Players can click on a like to view the video within YouTube itself, where the ordinary functions of Youtube are accessisble. There is another video titled 'Google Santa Tracker 2015: Carpool', which features Santa in a car with his elves driving through a town. No inappropriate material is seen in either animated video.

Another game which is avalable to players is called Gumball. This activity involves tilting the device left and right in order to move objects on the screen. The game is a gravity-based puzzle game, where plyers tilt thier device in order to move small round lollies across different platform levels (which consist of candy canes) in order to get them to the bottom of the maze. Players only have a limited time to get their balls to the bottom container before the level is ended. The levels also become increasing more challenging, with varying angles for the candy canes making game play harder. This activity was playerd to level 11. After each play-through, players are encoraged to sign in via an email or Google + account in order to share thier scores with friends online.

Another activity called ‘Memory’ involves a similar time limit for each attempt, but allows players to test their memory skills by tapping on turned-over cards and attempting to match image pairs. Players can only tap on two cards at a time to reveal their images before the cards turn over again. Players must find the correct pairings in order to progress through the levels.

Elf Jetpack is a game which involves pressing and holding on the device screen in order to direct a small flying elf into presents floating in the sky. Presents and items move slowly at first, but as the level progresses, move more quickly to increase the challenging nature of the game. Players must direct their elf into these items in order to earn as many points as possible within the defined time limit.

Similarly, the game ‘Rocket Sleigh’ sees players attempt to keep the elf riding a rocket in the sky for as long as possible – they must tap the screen to cause the elf’s rocket to jump slightly in the air. After tapping, the rocket rises slightly but begins to soon lower to the ground again. Players must keep the rocket in the air and run into as many items (presents) as possible.

The app contains an additional two activities, similar to the games discussed above. No advertising was seen within the review of this app, and there did not appear to be a way to unlock the few locked activities by making an in-app purchase.

No In app purchasing was found during this review