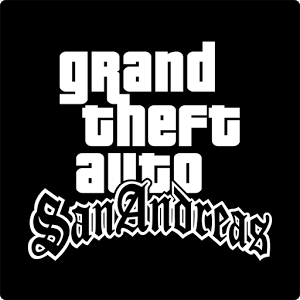 This review of Grand Theft Auto: San Andreas was completed by the Australian Council on Children and the Media (ACCM) on 11 December 2014.

There were no levels within this game – it was played for approximately 2 hours.

Grand Theft Auto San Andreas is a game that takes place in an American city, focusing on illicit activity and gangland violence. The objective of the game is to complete missions and progress through the storyline. The skills required to play include motor skills, strategy and decision-making.

When the app is initially opened, players are encouraged to ‘Sign into Social Club’, which enables the use of Cloud Saving Games (this means that games can be saved to the Cloud Slots and accessed from compatible devices). In order to access this feature, players must enter their email address and password, or sign up for a new account. They also have the option of playing ‘Offline’.

Within the title menu screen, there are cartoon-based images of both men and women in various poses. One contains an attractive blonde woman who appears to be pouting at the camera and licking her lips suggestively, whilst another contains a very muscular man with tattoos, who is wearing a white singlet. The loading screen is an image of a group of young men holding guns as they lean out of car windows.

When the actual gameplay begins, an animated video shows a man in an airport collecting his baggage. The text states that Carl has come back home in order to bury his deceased mother. However, he is met outside the airport by police officers that proceed to arrest him. Carl tells them that he is ‘clean’ now, but the police refuse to believe him – they think that he has murdered a police officer since being back.

When players are given control of Carl, he has been left in a dangerous neighbourhood by the police. Players must tap a button on the right hand side of the screen in order to get Carl to mount the nearby bicycle. In relation to manoeuvring the bike, players must place their thumb on the lower left corner of the screen in order to bring up an analogue stick. Digital buttons can also be used to control vehicles.

Players must use the map in the top left corner of the screen to direct where they are going – there is a small green house icon on the map that players must ride towards. Players are able to roam the streets and interact with other in-game characters. Many of them are abusive and begin to punch and/or shoot Carl spontaneously. Carl is able to run around and also punch other individuals; he is able to punch civilians as well as police officers. When this occurs, blood can be seen from the wounds. If players run over people with a car or bike, there is blood on the wheel that trails on the road pavement for several seconds.

Once arriving at his old home, Carl begins having flashbacks before having another man approach him threateningly with a baseball bat. The man is eventually revealed to be an old friend.  They drive through the neighbourhood and are shot at by another gang, destroying their car. Players are also told that the more they exert themselves on their bicycles, the more their stamina/health will increase. Players must weave through the streets whilst being shot at repeatedly, and attempt to escape.

When players kill other in-game characters or break the law, they receive ‘stars’ – there are five stars to be gained, and players will receive more stars for more serious or repeated crimes. It is possible to steal vehicles that are being driven along the road also, and to save them as your own by parking them in Carl’s garage.

It is possible to use in-game currency to purchase things (e.g. haircuts for Carl). If a mission is completed, players receive points and a pop-up screen that states ‘Respect+’ – this is regarded as doing something positive for the gang. Players are rewarded for spraying opposing gang members in the face with paint in order to hurt them.

There is an option within the menu bar to view player statistics – this includes things such as: number of wanted stars attained, total property damaged caused, number of police/civilians killed, etc.

In this game, women are objectified and in some instances seen walking the streets as prostitutes attempting to solicit the player . Male prostitutes are not seen within this game. Phrases such as ‘Want a good time honey?’ are also shouted out by passing men. It is additionally possible to beep the car horn at women who are dressed like prostitutes on the side walk. The majority of female in-game characters are dressed in small mini-skirts and midriff-revealing tight shirts.

This game has an enormous variety of coarse language, used very frequently. Examples include: ‘Damn’, ‘Greaseball bastard’, ‘Don’t give a shit’. ‘Bitch’, ‘Motherfucker’, ‘Nigga’, ‘Fucked up’, ‘Go fuck yourself’.

Parents considering this game for any children under 18 should be wary, as it is one of the most graphic, violent games on the market. This game contains a wide variety of high-impact material that is totally inappropriate for minors.