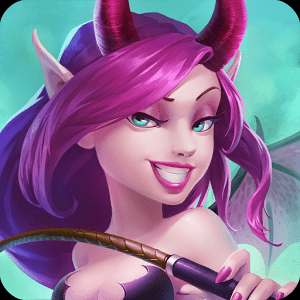 Heroes Tactics: War & Strategy is a turn based battle app.

This review of Heroes Tactics: War & Strategy was completed by the Australian Council on Children and the Media (ACCM) on 5 June 2016.

Heroes Tactics War & Strategy is a turn-based, timer-and-quest combat game. The objective is to complete a series of missions involving battling opponents, and to upgrade in-game heroes. The skills required are motor skills, strategy, and critical thinking.

When the app is first opened, players are taken to a screen where they need to log-in with Google Play, Facebook, GameX, or as a Guest. Selecting one of these options accepts the user terms of agreement, and enables the player to progress to gameplay. On the main menu, players can choose to go straight into gameplay, or into an area where they can select the regional game server that they want to play on.

When the player starts the app, they are shown a small square icon of a knight and are tasked with ‘saving the princess’ – this is presented in written dialogue by in-game characters. To begin this mission, players tap a story icon and are taken to a screen displaying a series of connected objectives. Once an objective is selected, players are taken to a turn-based battle screen where they are tasked with killing various different types of enemies. Players are sometimes rewarded with equipment and items after battle, which they can equip on their in-game characters. Players can level up characters, as well as summon new characters.

After a certain level, it is possible to unlock a player vs. player arena battle. Players can additionally fight in ‘boss endurance mode’, where they must work together with members of their guild (other online players) in order to battle particularly challenging opponents. There is an online chat function within the app which is un-moderated, and coarse language can be used and responded to by other players.

Players can communicate with other players on their server publicly. There is no moderation on this chat, and coarse language is not filtered.

The women presented within the app are portrayed as conventionally attractive, with long flowing hair, heavy amounts of makeup, and revealing/sexualised clothing. Conversely, the men are displayed as hyper-masculine, frequently wearing heavy armour and also maintain large, muscular physiques.

This app is a turn based battle app were players are tasked to kill various types of enemies to save a princess.