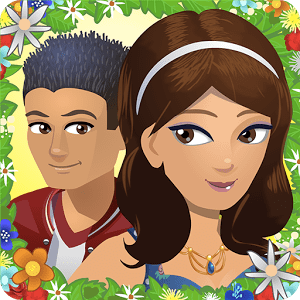 High School Story is a quest and timer app centring on adolescent relationships.

This review of High School Story was completed by the Australian Council on Children and the Media (ACCM) on 7 March 2015.

This review of High School Story contains the following information:

High School Story is a timer-and-quest app set within the context of a new high school. The objective of the game is to create a new school, including all of the structural/building components, as well as the enrolling of fellow peers and classmates. There are limited skills needed, as this is predominantly a tap-based game where players follow rudimentary instructions to progress through the plot.

When the app is opened, a pop-up appears which informs players that signing in via their Google Gmail account will allow them access to play across multiple android devices. However, players are still given the option of playing as a guest. Once the game loads, another small window appears stating ‘We’ve designed High School Story so that you can use Facebook to put your friends in the game! We’ll never post without your permission’. This message appears frequently throughout the game, and encourages players to sign in via Facebook in exchange for extra red gem rings.

The app then asks players to select whether they are a boy or girl, as well as whether they are ‘sporty and bold’, ‘nerdy and inventive’, or ‘preppy and social’. Players then may select from a range of 8 faces for their character, as well as 16 hairstyles. They may also choose from 5 different skin tones. Players then see a conversation occur between their own character and another girl named Autumn, who states that a new school is opening today. She tells players that they ‘can make this the best school ever’. When beginning the game, players have 6000 gold coins, 500 red gems and 15 books to start off with. To begin building the school, players are informed that a hang-out place will be needed first. This can be done by tapping on the Store icon in the bottom right-hand corner of the screen, and costs 500 gold coins. Players then wait several seconds to view the construction of the Hangout, and are informed that the more students which reside in a hangout, the more coins it will generate for players. Players are then instructed to build more components of the school, including things such as an Admissions Office for other classmates to enrol.

The game then begins to display timer-and-quest qualities, and it warns players that buildings may take some time to construct. Red rings are used to ‘rush’ constructions, and players must use different numbers of rings for builds that take more or less time to create (e.g. 31 red rings to save 1 hour of building time). Players can also elect which students to enrol, between jocks, nerds and preps – each category of student has their own individual hangout area that needs to be built. Players are able to customise the look and appearance of new classmates, just as they did with their own character.

After creating a classroom, players are informed that they can use classrooms in order to purchase books – these books are used to level up their classmates and improve them. The app also contains in-game quests, which enable players to grow their school, make new friends, and recruit new classmates also. During the conversation with other characters, players have an option of choosing one of three lines of dialogue to respond. For instance, when another student mentions that she is visiting from another school, players have a choice of responding with one of the following: ‘Nice to meet you’, ‘Wow, you’re beautiful’, or ‘So you’re trespassing…’.

Some of the dialogue from other students can be quite offensive – for instance, one male student named Max talks with players and says ‘So, Loser High got its first loser’. When another female student ‘gets in your face’, players have the chance to respond with ‘Shove her!’, ‘Insult her!’, or ‘Flirt with her!’. The mean students tell players that all new schools require at least fifteen students to stay open, so the new challenge becomes for players to increase the student count. The player’s character states that they want their new school to be a place ‘for everyone who feels bullied, ignored, or just plain lost’.

As the storyline continues, bullying is quite prevalent. Max tells one of the other male characters who is interested in football ‘Aw, is someone sad cause he’s not gonna get to play? Maybe if you cry, coach will put you in’. The text within the game then describes a violent altercation between the two boys, stating ‘Julian launches himself at Max, and the two hit the ground, punching and swinging. The crowd in the stands starts shouting’. However, some of the other characters later speak to the boys about how they were out of line, and need to control themselves better. They discuss how the boys sometimes want to appear ‘tough, brooding and muscular’, but how there are better ways of addressing problems. Another female student also suggests that photos of ‘shirtless guys in party hats’ would be a good place to start when attempting to set up a Facebook party event. There is also some crude language within the app, and characters are seen to refer to other individuals as ‘losers’ and ‘jerks’, or telling them to ‘shut up’. The app also has other mature features to unlock, such as partying and dating.

The storyline also follows characters as they begin to develop intimate feelings for each other, including lines such as ‘Autumn leans forward and gives Julian a big, tender hug… a hug that lingers just a second too long’. Players unlock the Isle of Love where they may send other characters on dates with each other. The more dates players send other characters on, the closer their relationship becomes. Higher date levels also yield better rewards for players. The characters report on what their dates were like, and discuss feeding each other chocolate truffles as well as a range of other activities that they have partaken in together.

Players eventually unlock the ability to change their classmate’s clothing and purchase them new outfits. The categories of clothing that players may browse from include Trending, Couture, Casual, Party, Distinctive, Costume, and Clearance.

The game encourages spending money by incorporating very significant time lags in regards to building and undertaking activities. Some actions will take up to 24 hours to be processed to completion, but players can skip the wait by using money to purchase in-game currency. This may promote a culture of impatience and reckless spending amongst younger players.

Yes: There is a store within the game where players are encouraged to make in-app purchases using real-life currency. It is possible for players to select from a wide range of packages, being able to buy packages of gold coins, red gem rings as well as books. Each of these items can be bought in packages priced from $1.99, $4.99, $20.99, $52.99, and $105.99.

One of the options on the main screen is a small icon labelled ‘Ad’. When this button is tapped, a pop-up window appears stating ‘Would you like to see an ad from one of our partners? To thank you, we’ll give you 2 free rings.’ The ads consist of advertising apps such as FarmVille 2 Country Escape.

The app depicts some gender and ‘teenage’ stereotypes, with characters falling into the categories of Jocks, Preps, Nerds, etc. The women are dressed in feminine outfits, whilst men wear loose jeans and shirts. The app also contains storylines that entail romantic interest between male and female characters, as they flirt with and date one another.