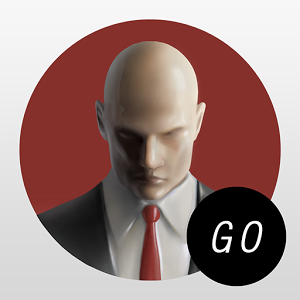 Hitman Go is a turn-based puzzle game. Caution: Violence - the object is assassination

This review of Hitman Go was completed by the Australian Council on Children and the Media (ACCM) on 26 January 2015.

This review of Hitman Go contains the following information:

Hitman Go is a turn-based puzzle game that encourages players to work through levels in order to complete assassinations. The objective of the game is to navigate through a range of maps, throwing items in order to distract unsuspecting victims, and killing them by approaching them unnoticed. The skills required to play include geometric skills and problem-solving skills.

When players open the app, a large pop-up screen appears that indicates that Hitman Go would like to sign in via an individual’s Google+ or Gmail account – players must do this in order to play the game. After this, players are taken to a home menu with an image of the hitman character they will be playing. From this screen, it is possible to go into the app settings (where players may turn the sound on/off, restore their purchases, give feedback, or reset the game), view their achievements (there are 27 achievements, including ones such as the Silent Assassin – ‘complete all objectives in the first 3 chapters’. These achievements offer players large amounts of XP), as well as visit the Hitman Go facebook and twitter pages.

When the game itself starts, players are brought to a top-down screen that shows their hitman on a grassy suburban street. Players are informed that they can use their finger to drag their character across the screen to reach certain points. Players are allowed 5 helpful hints when they begin, that offer them an obvious direction in which to go – for instance, red footprints will appear on the floor to assist players in knowing where to go.

There are other individuals within the path of the hitman – players merely direct their character through them and the other individuals disappear from view (implying they have been killed). However, as the levels progress and become more difficult, players must choose from a range of possible paths in order to approach other individuals without being killed themselves. They must not approach a person who is facing directly towards them, or they will be spotted and killed, causing players to need to restart the level. In other levels, there are multiple individuals who are all facing different directions – this means that if a player attacks an individual who is facing away, another might spot them and kill them. For this reason, the game offers a significant challenge in choosing the correct order of killing the other in-game characters. Players are also able to collect objects from various locations to throw near other individuals – this distracts them and causes them to change their original position, and offers players a chance to kill them without being killed themselves.