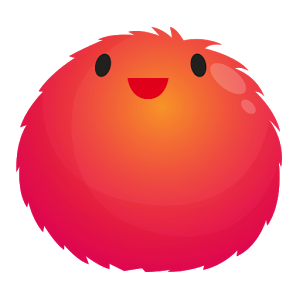 Hopster TV is an educational TV and game based children's app. Caution: Advertising and subscriptions

This review of Hopster TV and learning Games was completed by the Australian Council on Children and the Media (ACCM) on 19 February 2016.

This review of Hopster TV and learning Games contains the following information:

This app was viewed for approximately 1 hour

Hopster TV is an educational app that allows players to watch episodes of children’s television as well as to play through educational games. The objective of the game is to enjoy television episodes that assist with learning.  It contains age-appropriate material. The educational games involve learning tasks such as drawing, identifying items, learning the alphabet, etc. The skills involved in playing this app include listening and motor skills, as well as English/spelling skills.

When the app is first installed and opened, players are presented with a home screen consisting of a large tree. The leaves of the tree each have small icons that can be clicked on, which take players to games or small videos. The app also contains an icon that says ‘Grown-ups’ – this presents a short mathematical equation that must be answered quite quickly (e.g. 5x2=___), or the option disappears and a new question is provided. If users access this area, they are told that they can ‘Delight their kids with a free Hopster trial – All the best kids TV and fun learning games at their fingertips, with no ads ever!’. The app states that there is an introductory free 7-day trial, after which the app costs $1.29/month. This can be cancelled anytime, however. The app informs users that there are new episodes every week. Many of the episodes are presented for free, however, most are locked and can only be viewed once the paid version is purchased.

The app does contain advertisements for the paid/subscription-based version of the app. This appears as a full-screen static image advertisement that must be manually closed – these ads appear when players attempt to watch one of the locked video clips. Often, there is one video clip available to watch for free, whilst others in the same series are locked.

Some of the free videos last anywhere from several minutes up to 25 minutes. They contain animated stories about adventure, friendship and other age-appropriate themes. They often express child-friendly messages about enjoying the journey, overcoming obstacles, etc. There are existing franchises that are presented also, such as the Teletubbies. The game developers claim that their ‘educational and developmental shows help kids learn their ABC’s, phonics, spelling, shapes, and more’.

The app also contains small games, such as Hopster Create – this game allows users to either draw or trace objects. If they select the Draw option, they are presented with a blank canvas and can simply use their finger to draw whatever they choose. They can then replay their drawing back, or save it as an image. Players can utilise different colours, and different styles of paintbrushes to do this. Alternatively, players can trace over pre-drawn images and colour them in.

Another game involves letter identification, where players are asked to tap the letter ‘P’ within a word such as ‘pyjamas’. They must then identify the item ‘pyjamas’ also. Additionally, they must trace the letter P after it is outlined for them. This alphabet-based game allows for repeated exposure to various letters, thus solidifying learning for younger users.

Yes: The app can be used for free, but many components of it (such as TV episodes and games) are locked- These can be access by paying $1.79/month subscription.

The subscription-based app is advertised within the free version of the app, with a static full-screen image advertisement. These ads appear when players attempt to watch one of the locked video clips, and must be manually closed.