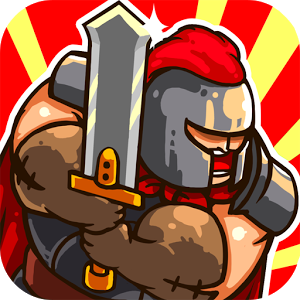 This review of Horde Defence was completed by the Australian Council on Children and the Media (ACCM) on 6 January 2016.

This review of Horde Defence contains the following information:

This app was reviewed to level 10

Hoarde Defense is an arcade tower defence game, where the objective is to create defensive towers in order to prevent waves of enemies from conquering towns and bases. Players are required to obtain more resources to build more towers, and gain these resources by playing throught the levels. The skills required to use the app are predominantly motor skills and strategy/probelm solving.

When the app opens, players are taken to a central home page – this contains a large Play icon, as well as a link to the game’s Facebook page. Upon clicking the Play button, users are taken to an overhead view of a world map. There are various icons around the screen, taking players to an in-game store where they can purchase rubies, as well as an area containing a list of Achievements (e.g. Kill the first enemy, to obtain 100 rubies), in addition to general stats regarding health, experience level, and resources obtained.

Players are shown an area on the map which is seemingly being ‘invaded’. They are then told that a ‘small village is under siege by an overwhelmingly superior force’ and that they ‘must establish an efficient defense’. Players are able to choose a difficulty (Normal or Hard – the latter of which contains additional bosses), and are informed that they must obtain gold by killing enemies, as well as build towers to kill enemies. Players can then build their towers wherever they please, along a path that enemies walk through – these towers cost resources to build, and can be further upgraded with in-game gold. When enemies begin attacking, the app shows arrows firing from the towers and slowly decreasing the health bars of the enemies – they eventually fall over dead, and disappear. Small amounts of animated blood is shown, but the violence is minimal. If a player is successful in protecting their base or village, they complete the level and are shown statistics relating to how well they did.

Players must continue to work through levels of increasing difficulty, with more and more enemies coming in waves each time. They move with greater speed, making it more challenging for the towers built to shoot them. The game also contains bosses that are more difficult to defeat, and take a greater number of shots to kill. Furthermore, the app has an Endless Mode which involves attempting to survive for as long as possible in one continuous stretch.

The app contains an icon that links to the games Facebook page on the central menu screen. Players are incentivised to join the Facebook group, with the app offering 100 rubies in order to do so.

The app contains banner advertisements – for example, these ads are placed on the main home page where they are situated along the bottom of the screen. There are ads stating ‘Phone is infected? Scan and kill the viruses now!’, promoting a virus scanner. There are also advertisements for other gaming apps, including ‘War of Warship: Pacific War’ (violent content) and ‘Heart of Vegas: Casino Slots’ (gambling content). These ads are static and cannot be closed/removed.

There are additional full-screen static ads for games such as War of Warship: Pacific War that pop-up after levels are completed. These must be manually closed.

Players are further able to earn ‘Free Rubies’ by watching advertisements for other apps, downloading other apps, or installing/playing other apps to a certain level. These activities all offer differing numbers of gems, and include gaming apps (Cooking Fever, Clash of Kings, Coin Dozer – some of which include violent or gambling-based content), as well as non-gaming ads (e.g. Tap Quick Surveys, Skin Creams, the Holy Bible, etc).

This game is a defence game where the player must kill enemies as well as build towers to kill enemies.