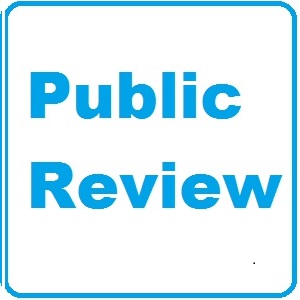 This review of Ice Age: Arctic Blast was kindly provided by on 30 June 2016.

This section contains details about the app provided by a Public Reviewer.

This app was reviewed to level 32

This app is a match three gems or more style game. Instructions through the game are written so children would require ability to read and understand instruction and to identify possible match combinations.

The app opens with music playing and a picture of Sid and text asking to select your age.The reviewer selected age 4. The player starts with 5 lives and 10 Golden Acorns.

The aim of the first game is to match gems to achieve a score of 1500 points by matching gems presented on a playing board.

Once this goal is complete a dancing Sid appears on screen clapping his hands with the text you won! on screen.

When the next button is pressed an animated scene is presented with Mammy and Sid admiring a meteor shower and a brief conversation occurs between Mammy and Sid.

Each level presents different matching goals. Animated hints are provided for matching to start the level, and words also appear on the screen outlining the goal for the level.

Once the goal is achieved, some gems on the screen explode accompanied by exploding noises.

At level 7 power ups are listed on the screen with a lock feature, as the game progresses the power up is unlocked. The reviewer unlocked 'Scrat Attack' which was a primitive pick like object.

When a goal is not achieved, a screen popped up and the option to continue for 11 Golden Acorns (in-app currency), or give up to lose a life was presented. See in –app purchasing for further details.

When the lose a life button is pressed, the Sid character animation appears and with an exclamation of disappointment.

Once level 11 is completed a limited time starter pack in-app purchasing ad appears which needs to be closed to move on through the game.

During game play, when a really big match is made with gems, verbal exclamations of  “Fantastic” and “genius” can be heard.

“Having fun? We truly hope you’re enjoying Ice Age: Artic Blast! We would love to hear your feedback!” with the options Yes, fun game or No, needs work.If yes fun game is selected there is an option to rate this game or not now.If no is selected a text box appears with an invitation to submit why the game needs work.

Once all lives have been expended, the player is given an opportunity to receive another life if they watch a 30 second video clip for other apps. Some of the apps presented in the video clips were Vikings: War of Clans (9+ or M) , Hidden City: Mystery of Shadows( 9+ or G), Infinity Slots (12+ M) , Game of War: Fire Age (9+, PG) . Interactive ads for Bingo Blitz and Panda Pop were also presented. These ads had to be viewed to completion. Once the ad closed an opportunity to download the app was presented.

Due to the level of advertising and in-app purchasing the reviewer wouldn't recommend this app to anyone under 16 years of age.

Yes: Within the app store the following purchases could be made with real money.

Within the game Golden Acorns are in-app currency and can be used to purchase life packs and power packs.

If an adult age is selected at the beginning of the app, the player can connect to Facebook for a reward of 20 free golden acorns.

No gambling content was found while playing this game. Although ads for gambling sytle games could be watched to earn an extra life.

Players were presented with the option to watch Advertising for other apps as an opportunity to gain more lives.  These ads were often for app games with a higher rating than Ice Age: Artic Blast.

This app could also be seen as promotional material for the Ice Age movie franchise.

No game playing instructions and actions demonstrated in this app would be of concern to parents.

The matching of gems and the goal achievement flow of the game may present issues when asking a child to disengage with the game and partake in another activity.

When some gems explode the Scrat character appears and is shown to be thrown off the screen. When different combinations of gems are matched loud exploding noises and visual explosions are seen. This may be seen as a feature of the meteor shower theme within the app. Some young children may express fear or concern for the Scrat character.