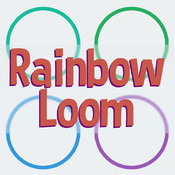 InstaLoom is a social media networking app which contains content not appropriate for children.

This review of InstaLoom Rainbow Loom Designs was completed by the Australian Council on Children and the Media (ACCM) on 11 September 2014.

There are no levels within this app, but it was explored for 1.5 hours.

InstaLoom is a social networking website that allows users to share text, video and photographs with other users. The objective of the app is to share posts regarding rainbow loom bracelets, and to share designs and techniques with others. However, the content on the app appears to be unmoderated and there are very few posts on rainbow looms – a large percentage of posts contain highly inappropriate unrelated material. There are limited skills (tap/click) needed to navigate through this app

When the app is installed and opened, players are given the option of signing in with an email account or via their Facebook account. It then informs them that they may ‘Follow other users to see their posts’ on the central home page. There are a range of options in a menu bar along the bottom of the screen – these include: Notifications, a players profile page, a Share option, and an Explore option.

The Profile section contains statistics on a user’s number of posts, number of followers, and number of other individuals whom they are following – there is an option to include a photograph of the player. Players may also ‘Promote Posts’ via their profile, which is a feature that allows players to gain likes and followers by promoting their posts on their front profile page. This is done via in-app purchase options, which allow users to purchase the ability to promote between one and five posts.

The Share option allows players to attach an image or video of their choosing, in addition to writing text or a message they may wish to share with other users. The app encourages users to do this by explicitly stating in a pop-up comment ‘You should write something’.

The Explore option enables players to search for a user or hashtag, or be provided with a range of randomly selected users and user posts to browse through. There are time tags on the posts, indicating when they were created by users. It is possible to ‘like’ posts, to comment on them, to view other people’s comments on them, as well as see the number of likes and comments on each. The randomised posts range in variety greatly, from mild content to highly sexual and inappropriate content.

The unmoderated forum feature of this app is isturbing as Rainbow Loom Bands is a craft product which is popular with young children.

Not only must players sign in via an email or Facebook account, but the entire nature of the app is that online information may be shared and viewed by individuals from around the world. It appears highly unmoderated, and also has a feature where users may privately message other users to discuss any topics they wish. One user made reference to experiencing bullying, which may have occurred in private messaging.

There are full-screen advertisements which must be closed manually, and range from highly inappropriate material to milder content. These appear every minute or so. They include ads for external apps (such as the game Boom Beach, or a free Medical Journals app called Docphin, in addition to an advertisement for a website on ear piercings). There are also several-minute video advertisements which players may skip after several seconds have been played and viewed.

There are innumerable sexual references and explicit sexual content within the app.

There is considerable coarse language found within the app.

The app contains adult highly mature content that is inappropriate for users under the age of 18+ years – the content is frequently of a sexual nature, but there is also online messaging capabilities which may be abused and misused (as with instances of bullying).

This app was brought to our attention by a concerned and shocked parent.